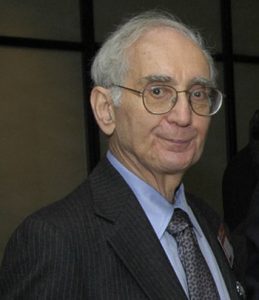 NCAC remembers one of our founders, Marvin Rich, a champion of civil rights and equality, who passed away on December 29, 2018.

Marv devoted his life to protecting both civil liberties and civil rights. He was a fiercely committed, dedicated, and effective activist, whose passion was hidden behind a mild and self-effacing demeanor. He brought the same level of passion and commitment to NCAC, which he served selflessly for decades. NCAC would not be the organization it is today without his contributions.

After entering Washington University in St. Louis in 1946, Marv joined with other students to integrate the university. He was a founding member of theSt. Louis chapter of CORE–the Congress of Racial Equality–which was at the forefront of the struggle to integrate the segregationist South. He later served as Community Relations Director for the national CORE and was also very active in Americans for Democratic Action. Marv was a true pioneer of the civil rights movement and one of its unsung heroes. 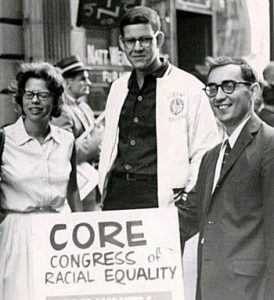 After working on NCAC’s articles of incorporation in 1974, Marv remained fiercely dedicated to the organization, even foregoing a salary after a time. He continued to work full-time on development and fundraising for many years, while continuing his lifelong civil liberties activism.

NCAC’s Executive Director, Chris Finan, said “It’s impossible to overstate Marv’s importance to NCAC. There were many lean years that we might not have survived without him. He made possible the important work that we have done and will continue to do.”

A memorial service is being planned.