Millions of enchanted readers were saddened by the passing of beloved children’s book author Maurice Sendak at the age of 83 in May. His books, the most well-known being Where the Wild Things Are, captivated the imaginations of readers both young and old with their sometimes dark, fantastical stories.  Because of the nature of his tales, many critics and censors marked his work as inappropriate or too dark for young children. 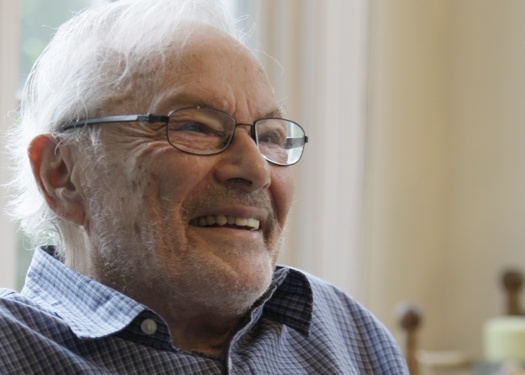 Most notably, his 1970 book In the Night Kitchen, was one of the most challenged books in the 1990s because it features a young boy who, in his dream world, falls out of his clothes and into a bowl of cake batter.

Just a few months ago, Stephen Colbert interviewed Sendak onThe Colbert Report, discussing, among other things, the sexual content some have projected onto his works.

See our May response to Sendak’s death here.