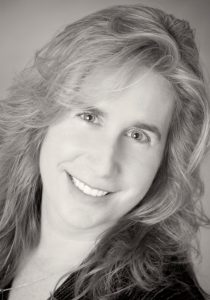 In 30 years, Tanya Lee Stone has written more than 100 books.  Her latest, Girl Rising: Changing the World One Girl at a Time, is emblematic of the tales she enjoys telling: stories from the perspectives of marginalized groups in society.

Her award-winning novel, A Bad Boy Can Be Good for a Girl, is about three high school girls who fall for the same player boy and has been banned multiple times.

How have your personal experiences inspired you to write A Bad Boy Can Be Good for a Girl?

I wrote this book at a time when I was asking myself larger questions about my career and what kind of writer I wanted to be. The answer was that I wanted to stretch myself to discover what topics, feelings or issues I cared deeply about exploring on the page.

The actual drafting of this novel came from decades of reflection and cultivating how I understood love and sex.  I looked back at my teen self and thought generally about what teenage readers care about and how that intersects with what I care about.

I wanted to explore navigating first love and sex in a realistic way and focus on the emotional outcomes of leaping into it without dramatizing these real-life experiences with plot points of something horrible happening to a girl who has just chosen to have sex.

I wanted to both honor the fact that it’s ok for girls to have a safe, healthy sex life and focus on the universal emotional results of those decisions.

Each girl emerges from her experience, however gut-wrenchingly real or difficult, knowing better what she does or doesn’t want from a future relationship.

How do you deal with challenges to your books?

The worst ones come into your inbox from the people who believe they hate you.  At first it was really difficult to not take that personally and feel terrible.

One colleague said to me when I was called a ‘smut enabler’:

“Let this make you feel proud, like you’re speaking your piece. And it’s not about you. It’s about the person who’s writing to you.”

That was very helpful to remember that book challenging is mostly about fear. Half the time, the people who are challenging books haven’t even read them.  They have just opened them up to the juiciest bits, without putting them in context.

I mostly feel bad for the kids of the gatekeepers.  A father said to me in an email, “I ripped this book out of my daughter’s hand and threw it in the trash.”  I just felt heartbroken for this girl who will probably never talk to her father about anything important in this realm of topics.

What advice do you have for fellow writers who face book challenges?

My best advice would be to really try not to take it personally and instead use your voice and your power to reach out to the people who are fighting the censorship and help them in their battle.

If a librarian reaches out to me, I send information on how authors have dealt with difficult topics like sex in wonderful ways. I send them anonymous snippets of the real-life feedback I’ve received from readers saying how this book helped them.

I heard from a mother who said that this book helped repair her relationship with her daughter because they could use it to initiate discussions about their own lives.

How do you deal with these issues when it comes to your own child?

I don’t think I’ve ever taken a book out of my teenage daughter’s hands. There have been some books that she’s read where I said to myself, “Oh boy. I wonder where she’s going to go with this one.” But I haven’t ever said to her that you can’t read something.

When she was younger, she read The Perks of Being a Wallflower and 13 Reasons Why like 10 times a piece. I said to her, “If there’s anything in those books you want to talk to me about, feel free.”

The thing that people most ask me about A Bad Boy Can Be Good for a Girl is “Is this book appropriate for my 12 year-old or my 13 year-old?”  To which I always say, “Read it. You know your kid.”

A lot of your books tell stories about women and people of color. Why have you chosen to write about these experiences and how do you ensure you’re relaying their perspectives accurately?

There’s a lot of controversy over who can write what, and of course, it’s important to be culturally sensitive and have people tell their own stories.  But if we’re mostly getting stories from the white male perspective, then we’re missing a huge chunk of our history.

It took me 10 years to research Courage Has No Color, which is about America’s first black paratroopers, because that’s how long it took to find all the information I needed. There aren’t very many photos of black soldiers from World War II. You see the same ones over and over again for a reason: part of the discrimination is keeping it out of the record.

Telling Courage in an authentic voice was also tricky: I’m neither black nor a soldier nor a man.  Authenticity is broad, deep research.  You can’t just scratch the surface. You have to talk to the people who lived it and listen to them.  You have to let them read your work and comment on it.  Let them tell you where you screwed up, what you’re insensitive to, or what you missed.

Getting that kind of feedback is invaluable. My dear friend Ashley Bryan, who was a black soldier in World War II, read Courage for me.  Hopefully, it counts that I wrote it with enough thought, authenticity and passion to merit doing it.

Beloved.  It was on the same banned books list I was on and that year, I was asked to join an ACLU panel and read some of the passages that made that book be banned.

I was very uncomfortable reading those passages out of context to a big auditorium full of people. It made me question: “Why did that make me so uncomfortable?”

That’s what I talked about. The answer was lack of context.