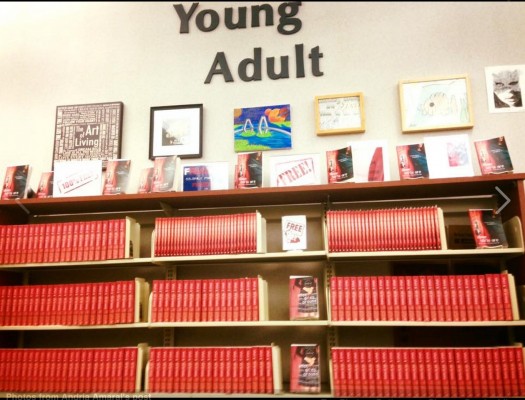 A North Carolina school district has decided to warn parents that books in district libraries "appeal to different ages" and invites them to contact teachers if they feel a book is "inappropriate."

According to The Daily Advance, Currituck County Schools, NC, moved to implement the policy after a local parent and school board member revived a three year old book challenge to Tanya Lee Stone's "A Bad Boy Can Be Good For A Girl."

In 2013, two parents objected to the inclusion of the book in the Currituck High School library because it contained passages detailing underage drinking and of sexual encounters. The challenge was unsuccessful, however, with 4-1 members of the board voting in the book's' favor. Nonetheless, in response to the challenge the board made it possible for parents to submit a form flagging books that they decided they did not want their children to check out from the library.

Recently, Stone's book was challenged again by Will Crodrick, a local parent and school board member, who argued that the current check out policy did not go far enough in shielding children from inappropriate books. He claimed that certain acts are glorified in Stone's book, which if performed in real life, would break school policy and also the law. Other district staff members pushed back against Crodrick's claims, arguing the book does not glorify the actions but places them within the context of cautionary tale. They also emphasized that removing the book sets a dangerous precedent for the response to future book challenges.

The board nonetheless decided to issue the statement to parents warning them about the potential for the children to take out books from the library that are not age appropriate.

As NCAC noted in a November letter to the Virginia Board of Education, objecting to a bill that would label books with "sexually explicit materials," terms such as "inappropriate" are vague and over-inclusive, potentially leading to the exclusion of works of undeniable pedagogical value. Indeed, The Adventures of Huckleberry Finn and To Kill A Mockingbird were recently banned in a Virginia school district because parent's were concerned about the appropriateness of the prescence of racial slurs. Moreover, the fact the statement invites parents to raise their concerns also runs the risk of privileging the subjective opinions of individual parents over the views of other parents and also their children. As the courts have noted: “a student's First Amendment rights are infringed when books that have been determined by the school district to have legitimate educational value are removed.”

NCAC is currently drafting a letter to the school district.