Student Protests in Schools and Colleges: A Resource

Home Ā» Student Protests in Schools and Colleges: A Resource

NFL quarterback Colin Kaepernick sparked controversy by kneeling during the pregame playing of the national anthem in order to protest police shootings of African-Americans. His protest sparked something of a movement; many professional and student-athletes have followed his example in protests of their own.

Like other forms of political speech, kneeling during the national anthem and sitting during the Pledge of Allegiance are protected by the First Amendment.

Students have a constitutional right to participate in peaceful and non-disruptive protests during the school day. The First Amendment prohibits public officials from disciplining or retaliating against students for their protest, unless they substantially disrupt class or school-sponsored events. 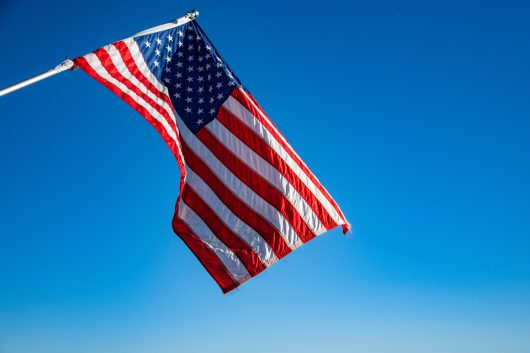 In West Virginia v. Barnette (1943), the Supreme Court ruled that compulsory flag salutes violate the First Amendment because they are tantamount to forcing students to declare a belief. 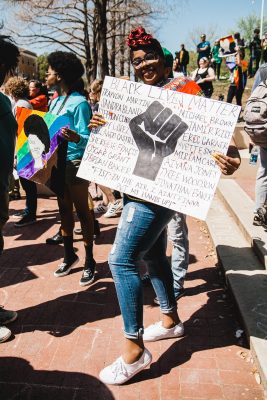 Free expression is vital to the mission of a university. As the āquintessential marketplace of ideasā colleges value academic freedom as key in the search for truth and knowledge.Ā

Yet, despite strong First Amendment protections and academic freedom principles, university protesters are often subject to suppression and retaliation.Ā

Even when peaceful and intended to elicit reasoned debate on campuses, some public officials and college administrators have opposed political protests and tried to penalize student organizers for their speech.

Sometimes, protestersā primary objective is to disrupt the status quo and call attention to unjust social rules by breaking them. Protesters who engage in this style of protest – also called civil disobedience — often understand and accept that the consequences of their actions are necessary and worthwhile for the sake of their greater political goal.Ā Ā

Schools are permitted to punish students for breaking codes of conduct as part of their protest but the First Amendment prevents schools from heightening punishments or adding more severe punishments in response to the political viewpoints expressed.

For example, students who choose to stage walkouts or blockades may be disciplined for missing class but their punishment may not exceed the usual sanction simply because they chose to protest.Ā

THE RIGHT TO REMAIN SEATED

Just as the First Amendment protects your right to speak, it protects your right to express your beliefs by remaining silent. The Supreme Courtās ruling in Barnette applies to any activity that conveys the personal endorsement of a political message or ideological viewpoint. Public officials cannot force students to stand for the Pledge or National Anthem, nor can they punish them for staying seated.

No matter your reasons ā police brutality, unjust wars, or even an objection to the flagās colors ā you have the right to sit in protest, as long as you do not disrupt the Pledge or Anthem recital for others. 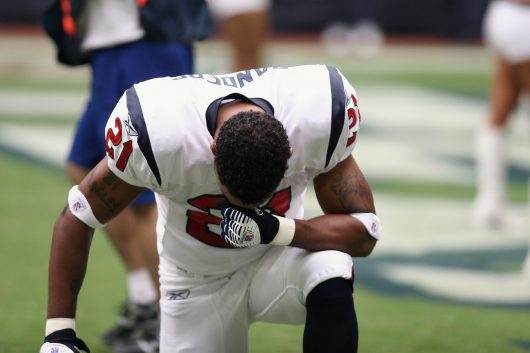 In 2016, NFL quarterback Colin Kaepernick sparked controversy by kneeling during the pregame playing of the national anthem in protest of police shootings of unarmed African-Americans. His protest sparked a movement and many athletes have since followed his example with protests of their own. These actions have drawn national attention to the issue of racialized police violence and garnered more public support for the Black Lives Matter movement.

Students around the country have also joined the movement. In response, some schools impermissibly attempt to prevent students from kneeling, which they decry as āanti-police.ā

Counter protests can be an effective strategy for public advocacy and opposing ideas one disagrees with. When well executed, counter protests can draw public attention away from the primary protesters and reframe their narrative from a different perspective.Ā

However, without restraint and a commitment to peace, counter protests can easily turn into disruptive and violent clashes. Violence and threats are not First Amendment-protected. Organizers should strongly emphasize nonviolence and refrain from harassing or threatening opposing groups. Maintain a clear buffer zone between your group and the opposition. Take photos or video of the protests to document your peaceful responses to any confrontations.Ā Ā 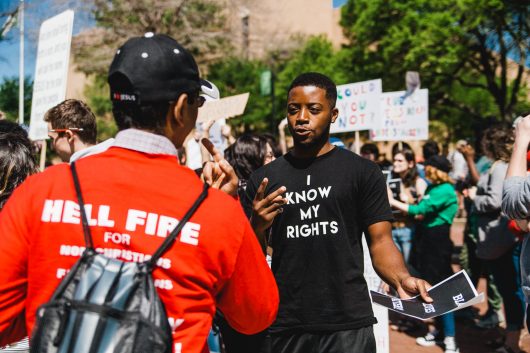 Counter protests: When a small group of Nation Street Preacher demonstrators gathered to condemn the LGBTQ community in Denton, Texas, a larger group of University of North Texas students rallied to counter their homophobic and transphobic messages with music, dancing, and pro-equality chants. (March 29, 2018)

The Youth Free Expression Program supports young activists whose political expression rights are suppressed.Ā  The following is a record of cases reported to us since 2016. Some entries include links to the letters NCAC sent, which can be used to guide discussions on similar cases.Ā Ā

If you are a student activist, we encourage you to use this resource and our Be Heard! Protest Guide to assert your rights.Ā Ā

And always contact us for help if you are punished for your peaceful protest.