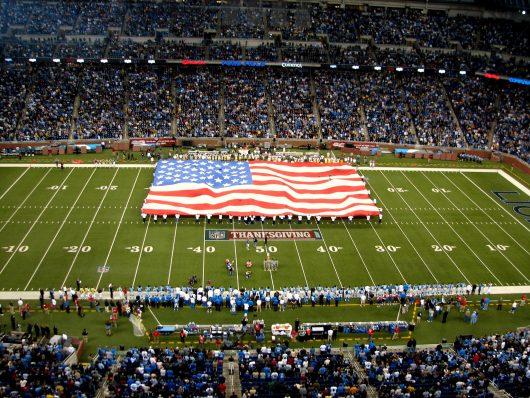 After Republican legislators threatened to cut funding from the University of Arkansas because members of the school's women’s basketball team kneeled during a game's national anthem, students announced they would no longer conduct future protests.

Prior to their first protest, played on November 3rd, basketball players of the UA Razorbacks discussed their plan with the university’s athletic director, who expressed support for their right to express themselves "on important issues in our nation,” like social justice and police brutality. However, their protest drew the ire of fans and eventually from conservative law makers.

Republican State Representative Laurie Rushing, for example took to Facebook to condemn the protest. “While these ladies have a right to take a stand on their position, when they put that uniform on they now represent more than themselves,” she wrote. “I respect and encourage peaceful, personal protest but it should not be encouraged using a state funded program and blessed by state funded employees.” Rep. Rushing went on to claim that the women were disrespecting the military.

Another local politician, State Senator Alan Clark tweeted his disdain on November 6, when he claimed that a hold had been “placed on UA’s budget & amendment being prepared to remove equal funding as Women’s basketball budget." He added, "UA’s leadership out of touch.” According to the Arkansas Online, Clark claims UA administrators directed the student protest, although he gave no evidence or any reason why they might have done so. Clark said he would propose cutting the University’s budget by the amount of the women’s basketball team’s budget.

Interesting how quickly liberals go from protecting protests to abhorring a protest of the protest. Typically hypocritical. #standforanthem

This week, however, protesting members of the Razorbacks announced they would not conduct the protest at future games and would instead get their message out through community engagement. "We have heard from many of our fans, and we want to repeat that we have great respect for our military and our veterans who have served our country," said one of the students in a statement.

Although they do not explicitly mention the lawmaker's threats and appear to have resolved the issue, it should be noted that taking political action against people who are engaging in Constitutionally protected speech raises First Amendment concerns. Their decision to defund the University over the protest would amount to the government engaging in viewpoint discrimination.

Remember to visit our timeline where NCAC is keeping track of this ongoing trend.