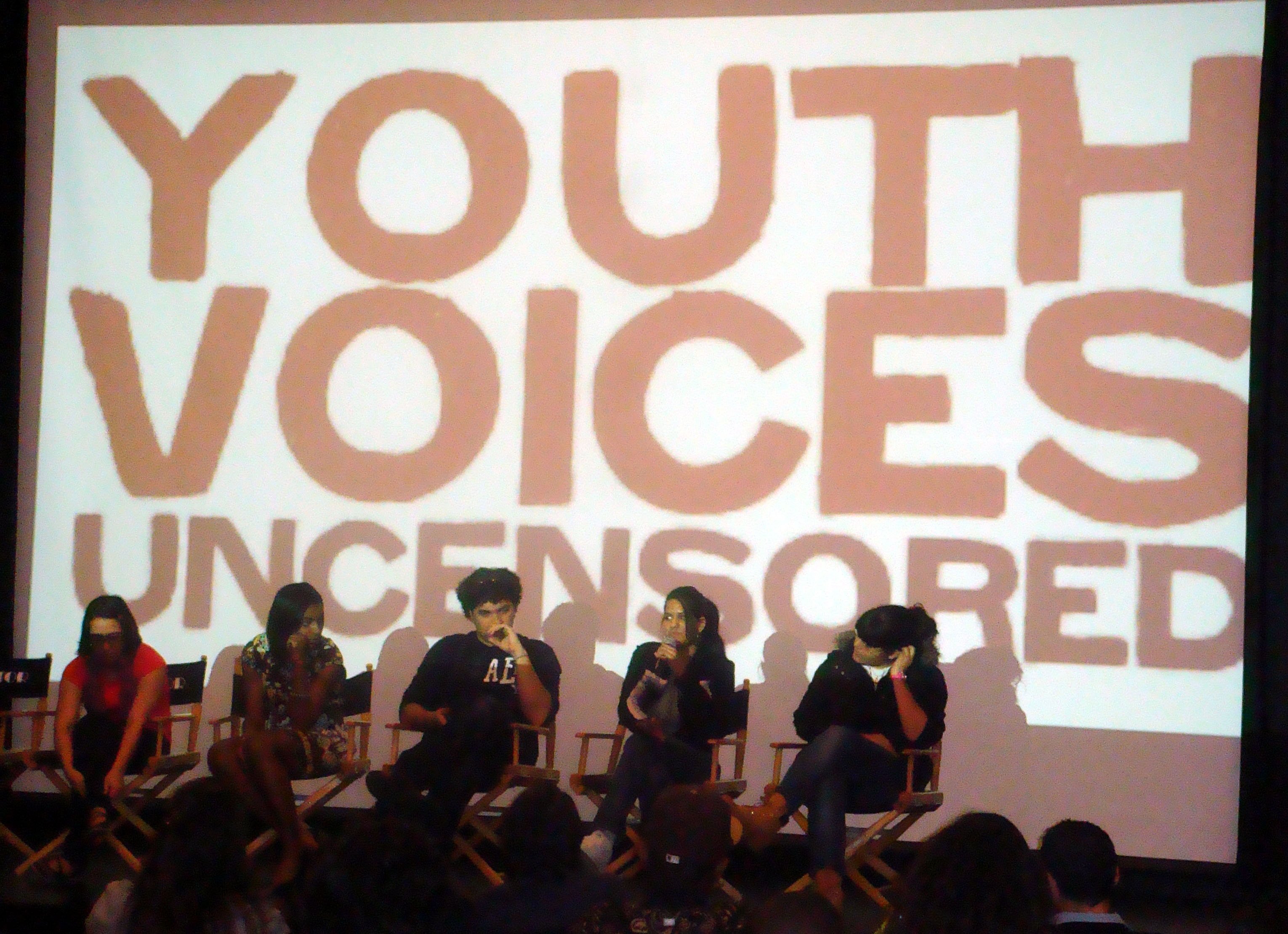 Initiated by NCAC’s  Youth Free Expression Network, and in partnership with Global Action Project, Reel Works,  and the New York Film Academy, Youth Voices Uncensored  brought together more than 75 youth media makers, high school students, and educators from around New York City for an afternoon of film screenings and  discussions about how youth media can transform the way we think about and address important social and political issues. From abstinence-only education and sexuality to racism and immigrant issues, it was an opportunity for youth to speak for themselves and with each other in a creative, transformative, and uncensored environment.

The day also marked the launch on the 2009 YFEN Film Contest: Free Speech in School (Does it Exist?) and provided a chance for students to reflect on the state of Free Speech in their school environment. Click here to check out a video from the event and to see more details on the film contest.