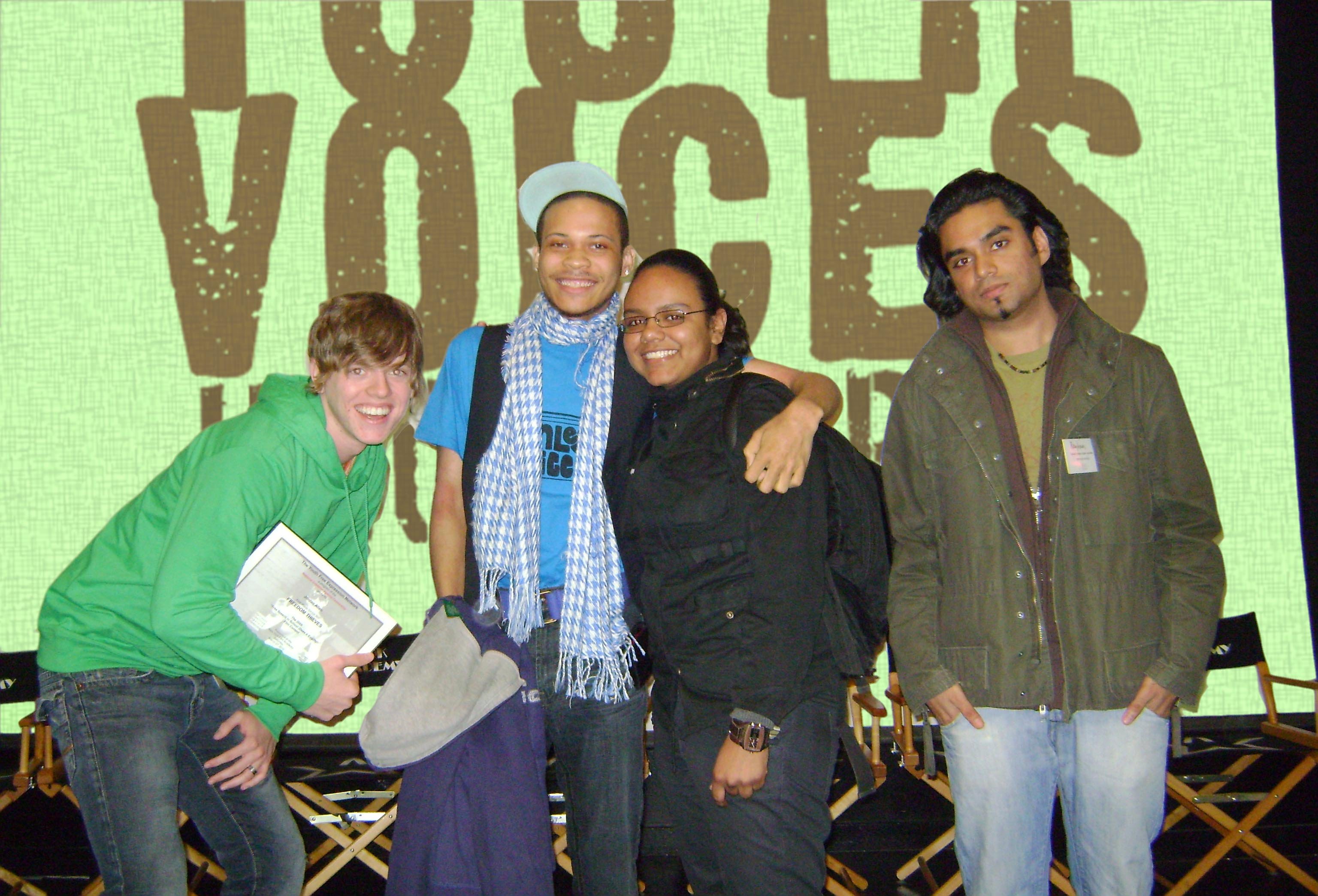 On Saturday March 27, young artists from all over the country met at the New York Film Academy for an afternoon to discuss the power of youth-made media and to watch the winning films of the 2009 YFEN Film Contest. NCAC also screened films from Reel Works and the Global Action Project. Spoken word artist Kahlil Almustafa performed and filmmaker Emily Kunstler lead the filmmakers in a conversation with the audience.

The day also marked the launch on the 2010 YFEN Film Contest: “I’m All for Free Speech, BUT…” and provided a chance for students to reflect on the speech that offends us, makes us cringe, and provokes our anger (and desire to censor). Stay tuned for more details on the film contest.

Opening: Free Speech in Schools (Does it Exist?) 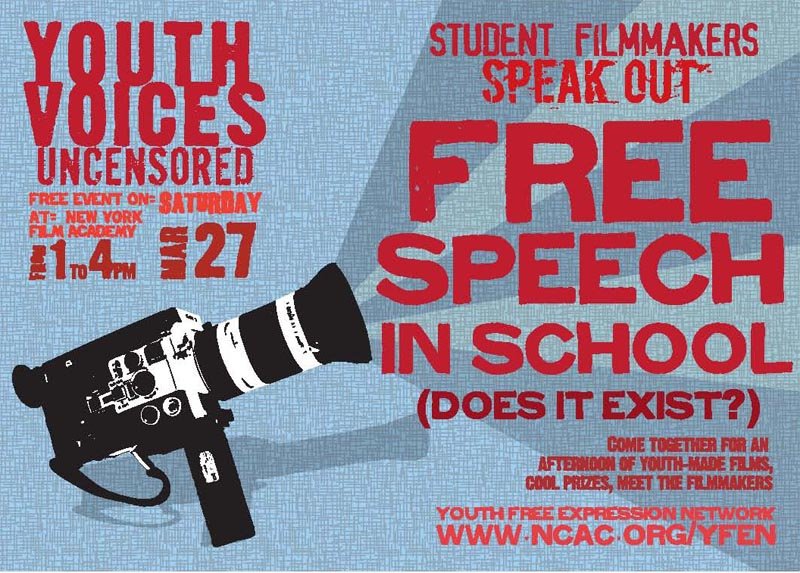