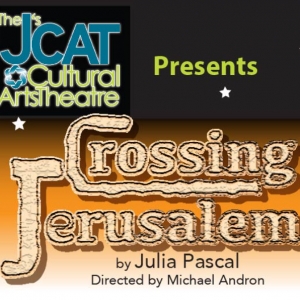 The National Coalition Against Censorship (NCAC), joined by dozens of artists, dramatists and theater advocates, released a statement criticizing the Michael-Ann Russell Jewish Community Center (JCC)'s decision to cancel a production of Julia Pascal's Crossing Jerusalem midway through its run, after complaints that it was "inappropriate and troublesome."

Crossing Jerusalem opened on February 10 at the center's Cultural Arts Theater (J-CAT) in North Miami Beach, Florida. The play is a family drama set in Jerusalem during the 2002 intifada. Understanding the work's potentially controversial nature, the theater set up "talk back" discussions after the performances. But critics of the play, which claimed it presented a "false paradigm of the Arab-Israeli conflict," pressed for the show to be canceled. On February 16, JCC President & CEO Gary Bomzer canceled the remaining performances, explaining that this was in order to "avoid any further pain and to engage in rigorous, vibrant conversation."

The NCAC statement calls the decision a betrayal of free expression that undermines the Center's commitment to "rigorous, vibrant conversation." The group urges the JCC to re-schedule the performances.

"Work set in a context of political tension is often controversial, but that shouldn't mean that such work should be avoided. On the contrary, it is precisely this kind of work, which generates some of the most needed and relevant conversations within a community," said Svetlana Mintcheva, NCAC's director of programs. "The JCC is betraying its very mission by succumbing to censorious demands and stifling open debate."

The full statement appears below (click here for full-screen view). Those who wish to add their formal endorsement can do so by emailing [email protected] .