Keeping Steinbeck in the Classroom in Coeur d’Alene

Previous Next
Keeping Steinbeck in the Classroom in Coeur d’Alene

UPDATE: Good news: The board voted on June 1 to keep Steinbeck in the classroom. 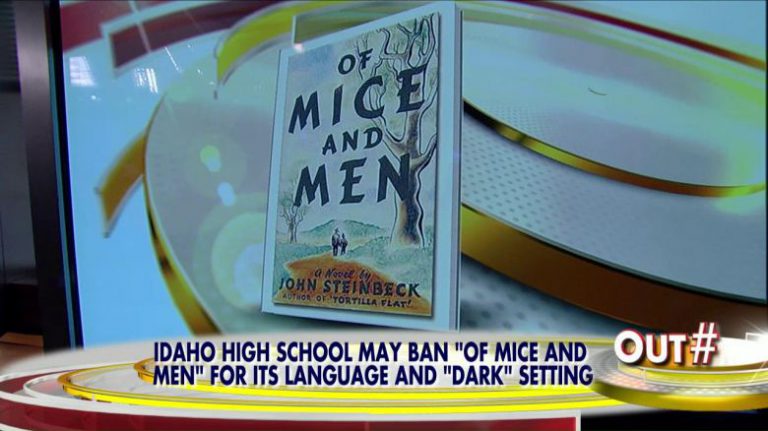 Is Of Mice and Men too "negative" for ninth graders?

A coalition of free speech groups and literacy advocates led by the NCAC is urging an Idaho school district to push back against efforts to limit in-class reading of John Steinbeck's classic novel.

The tussle in Coeur d'Alene over the novel has drawn national media scrutiny. Objections to the book's profanity and "dark themes" led an Ad Hoc Curriculum Committee to demote Of Mice and Men from whole group instruction to small group instruction at the 9th grade level.

The May 27 letter from the National Coalition Against Censorship—signed by the Comic Book Legal Defense Fund, American Booksellers For Free Expression, American Library Association, National Council of Teachers of English, Association of American Publishers, the PEN American Center's Children's and Young Adult Book Committee and the Society of Children's Book Writers & Illustrators—urges the Coeur d'Alene School Board to reject the committee's recommendation and keep the book for whole group instruction.

The groups argue that such a decision would be in keeping with the law. As the letter states,

school officials are bound by a constitutional duty not to suppress unpopular, controversial, or even 'objectionable' ideas. It is a fundamental First Amendment principle that local school boards may not remove books simply because they dislike the ideas contained in these books.

Beyond that legal standard, public schools should be mindful of the fact that making decisions that are not based on sound educational practices could have broad repercussions: "Indeed, singling out works with profanity and 'negative' themes would potentially deny students exposure to a wide range of material."

At their June 1 meeting, the Coeur d'Alene School Board is expected to vote on whether or not to retain the book. Removing a classic work of literature from instruction based on some individuals' objections will not serve the interests of the students of the Coeur d’Alene school system.