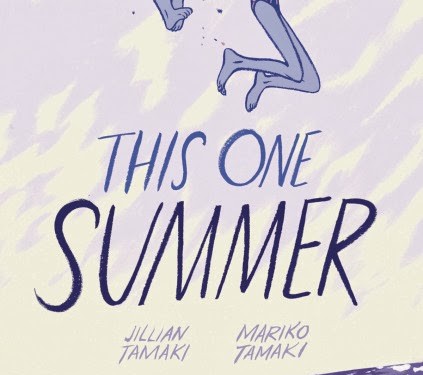 In Henning, Minnesota, a small town 90 miles southeast of Fargo-Moorhead, the award-winning graphic novel This One Summer was removed from the school library in early May after a parent complained.

A “coming-of-age tale about the awkward transition from carefree childhood to jaded, self-conscious young adulthood,” in the words of a Booklist starred review, This One Summer contains a dozens instances each of a few four-letter words, along with a few uses of ‘boobs,’ ‘slut,’ and some other mildly profane expressions. Apparently, this was enough to cause one parent to conclude that “no child, regardless of age or grade should be able to read the book.”

“I'm not an advocate of censoring books,” Superintendent Jeremy Olson told The Forum of Fargo-Moorhead. “Where I draw the line is, with something I would determine pervasively vulgar, I struggle to understand if the educational need for that outweighs the vulgarity, where is that line?”

As the National Coalition Against Censorship pointed out in letter to the Superintendent of Henning Schools,

it is especially troubling that Henning School District maintains no formal policy on the selection and reconsideration of library materials that specifies procedures for complaints by citizens. Citizens have a right to expect elected officials to follow established procedures, and their failure to do so raises due process concerns about arbitrary government action. This is particularly true when First Amendment rights are implicated."

UPDATE 6/2/2016: The Minneapolis Star Tribune reports that the Henning School Board met on June 1 and voted 4 to 2 "to allow the book back in the library under the condition that it be housed in a separate section and be available only to 10th- to 12th-graders. They would need signed parental permission to check it out."