A conservative legal group's threat to sue a Wisconsin school district over the planned reading of a book about a transgender child is based on a fundamental misunderstanding of how the First Amendment applies to public schools, according to a letter from the National Coalition Against Censorship (NCAC). 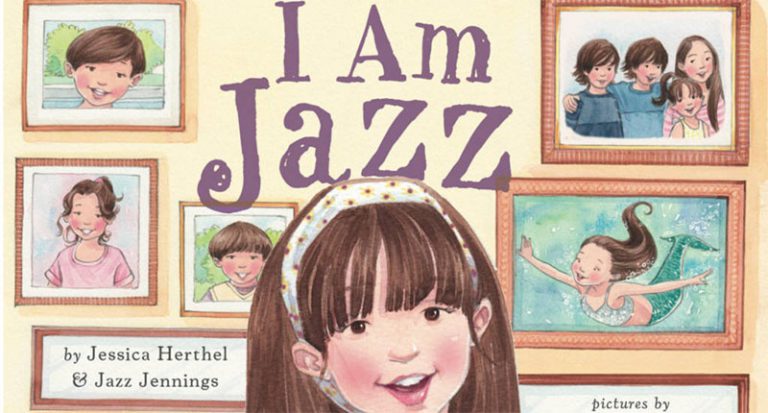 A six-year-old student at the Mount Horeb Primary Center identifies as transgender, so the school had plan to read the book as a way to foster respect, compassion, and support among the other students. But the Liberty Counsel sent a warning to the school late last month, arguing that reading the book, I Am Jazz by Jessica Herthel and Jazz Jennings, would violate the rights of parents who feel that such a lesson undermines their parental rights and religious beliefs. In response to the letter, the school canceled the scheduled reading. While that may have been the group's desired outcome, the controversy led to several local events in support of the assigned book, and hundreds turned out for a reading at the local public library.

The result Liberty Counsel urges on the district is the opposite of what the courts mandate and what health and education authorities recommend. Acceding to their demand would expose the school district to potential legal liability and disserve the students and families the district serves.

More fundamentally, the Liberty Counsel's argument rests on a poor understanding of the Constitution. The core of their argument is that reading I Am Jazz violates the legal rights of parents who do not wish to expose their children to such material. The letter goes on argue that I Am Jazz is a "false and misleading book" and that reading and discussing it would normalize what it sees as a "psychological and moral disorder."

The NCAC letter to the Mount Horeb school district—co-signed by Americans United for Separation of Church and State, American Booksellers for Free Expression, National Council of Teachers of English, Association of American Publishers, Comic Book Legal Defense Fund, PEN American Center, and the Society of Children's Book Writers and Illustrators—points out that parental rights are not reserved for those who do not wish their children to discuss transgender issues at school:

The objecting parents may prefer that their children not be aware of the existence of non-gender-conforming children, but that is not an option: such a child is a student in their midst, with whom they must learn to interact. Her parents have rights equivalent to those of objecting parents, including the right for their child to receive an education that offers the same respect and dignity accorded all other children.

In a series of relevant decisions, courts have consistently ruled that parents' rights to freely practice their own religious beliefs are not violated by instructional activities or materials that they might feel conflict with those beliefs. In an analogous case, the First Circuit Court of Appeals ruled in 2008 in Parker v. Hurley, "the mere fact that a child is exposed on occasion in public school to a concept offensive to a parent's religious belief does not inhibit the parent from instructing the child differently…. Public schools are not obliged to shield individual students from ideas which potentially are religiously offensive, particularly when the school imposes no requirement that the student agree with or affirm those ideas, or even participate in discussions about them."

This is the crucial distinction the Liberty Counsel's letter fails to appreciate: While parents have a general right to direct their children’s upbringing, the courts have held that parents do not have the right to dictate the public school curricula. Indeed, the NCAC letter warns that removing items such as textbooks in an attempt to respond to such parental demands "exposes a school to legal challenge and potential liability.”

The letter closes by arguing that the "decision to include I Am Jazz in the curriculum is easily justifiable on educational grounds," and encourages the school to carry out the lessons it had planned:

The result Liberty Counsel urges on the district is the opposite of what the courts mandate and what health and education authorities recommend. Acceding to their demand would expose the school district to potential legal liability and disserve the students and families the district serves.

Read the full letter below, or click here for a full-screen view.