A Conversation with Toni Morrison

Previous Next
A Conversation with Toni Morrison 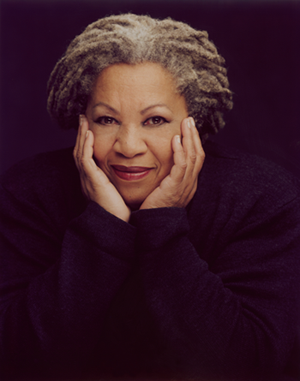 Portrait by Timothy Greenfield-Sanders, courtesy of the artist

Awarded the Nobel Prize for Literature in 1993, Toni Morrison is the author of many novels, including The Bluest Eye and Beloved, which are widely taught, and frequent targets of censorship efforts, in schools around the country. In collaboration with the PEN American Center, she recently published Burn This Book, a collection of essays on censorship and the power of the word.

The National Coalition Against Censorship (NCAC) is launching the Free Speech Leadership Council, a group of intellectual, cultural, legal and business leaders committed to the defense of free expression.

When you join the Council with a gift of $1,000 or more, you become a vital part of the leadership of the National Coalition Against Censorship. The Free Speech Leadership Council will play a critical role in securing NCAC’s future, and its ability to promote First Amendment rights and values.

By joining the Free Speech Leadership Council today, you are invited to attend A Conversation with Toni Morrison, the first in a series of unique opportunities for Council members to engage in intimate discussions with prominent people speaking on intellectual and artistic freedom.