After Censorship Request, Author Cancels Reading on Columbia U. Radio

Previous Next
After Censorship Request, Author Cancels Reading on Columbia U. Radio 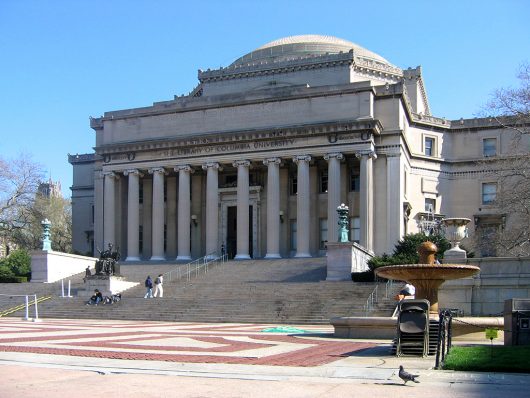 A student producer at Columbia University’s radio station WKCR abruptly cancelled a planned appearance by author Laurie Stone because her planned on-air reading did not match the station and university's "values."

According to the correspondence between the author and the WKCR producer, Sarah Courville, Stone was scheduled to read excerpts from her latest work My Life as an Animal, Stories on October 9. Three hours before the show aired, Ms. Courville emailed Ms. Stone to say that although “freedom of speech and expression are important for all writers…some particular lines in your selections do not reflect our station’s values and more importantly our university’s values.” Specifically, she objected to sections of Ms. Stone’s reading that argued “women who live in secular countries and conform to religious dress codes make the lives of all women less free and less safe.” Courville told Stone that  “we can continue this evening with the lines explicitly censored, but there is no wiggle room on the censorship.”

Ms. Stone refused, however, and cancelled her appearance. She proceeded to publicly post the email exchange on her Facebook page. WKCR’s Arts Department Head, Danielle Fox, then emailed Ms. Stone demanding that she remove the Facebook post on the grounds it contained “personal information” and “harassing comments.” In the Facebook post, Stone claimed Courville treated her like a “antichrist bitch."

NCAC reached out to WKCR to express its concerns over the censorship of Stone. Journalistic ethos encourages non-partisan outlets to promote multiple and opposing viewpoints on a wide range of ideas.  It is, arguably, especially vital that college radio stations do so; universities are, after all, said to be the quintessential marketplace of ideas.

Indeed, Columbia’s Rules of University Conduct guarantee “the freedom to express opinions on any subject whatsoever.” While Ms. Stone’s views or may not align with University values, such values clearly support her right to express them.

After the incident generated considerable publicity, WKCR issued an apology and expressed regret for its actions and affirmed its strong belief in “robust freedom of expression.” NCAC encourages WKCR to demonstrate its commitment to free expression by re-inviting Ms. Stone and allowing her to read uncensored excerpts from her book.