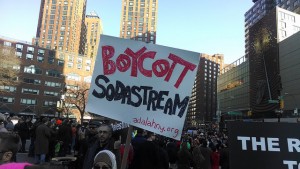 Legislation targeting politically motivated boycotts of Israel has been spreading around the country. At least 17 states have passed such legislation; in 5 it has, so far, failed to pass, and in several others legislation is pending. In New York, an anti-BDS (Boycotts, Divestments and Sanctions) bill failed in the legislature, only to reappear as an executive order signed by the Governor last June.

Legislation ranges from general resolutions condemning BDS to prohibitions on state agencies to engage in business with those supporting BDS. Though invariably aiming to discourage boycotts of Israel, only some of the bills explicitly single out boycotts directed at Israel, others are more generally worded to penalize boycotts against “American allies” or countries with which the US does business.

Several anti-BDS bills, like the one signed into law by Texas Governor Greg Abbott on May 2nd, also create blacklists of companies that boycott Israel. As the New York Civil Liberties Union has pointed out, such “blacklists” include “secular and faith-based groups that provide social services under state contract; trade unions; Jewish philanthropic groups; academic associations; and political advocacy organizations.”

The National Coalition Against Censorship (NCAC) a coalition of national organizations dedicated to protecting First Amendment rights, strongly opposes these laws, which conflict with First Amendment protection for freedom of expression and association.

Boycotts are a form of speech that is protected by the First Amendment. They can be highly effective in delivering a message, and as such they have a respected place as political speech, from the colonial boycott of British goods to protest taxation without representation, to the boycott of buses in Montgomery, Alabama, in support of Rosa Parks after she refused to sit in the back of the bus, to the boycott against South Africa to oppose apartheid.

Whether one agrees with the positions taken by the BDS movement or not, individuals’ or businesses’ support for the boycotts are protected under the US Constitution as a form of political speech.

The US Supreme Court has clearly recognized that boycotts involve a range of expressive activity protected by the First Amendment. In 1982, in NAACP v. Claiborne Hardware, 458 U.S. 886, 911-12 (1982), the Supreme Court held that a boycott of white merchants in Claiborne County, Mississippi, intended to create pressure for racial equality and integration “clearly involved constitutionally protected activity” in which First Amendment rights to “speech, assembly, association, and petition,” were exercised “to bring about political, social, and economic change.” Because political boycotts, and other forms of speech, that are directed at issues of public concern they are protected activities that “rest[] on the highest rung of the hierarchy of First Amendment values.”

Government is also barred from withholding public contracts because it disagrees with the political position expressed of the contractor.  In O’Hare Truck Svc. v. City of Northlake, 518 U.S. 712, 717 (1996), the Court held “’if the government could deny a benefit to a person because of his constitutionally protected speech or associations, his exercise of those freedoms would in effect be penalized and inhibited. . . . Such interference with constitutional rights is impermissible.’” (Citations omitted).

Even when not enforced or non-binding, anti-BDS bills potentially chill protected expression by singling out the expression of unpopular or controversial views. Such bills seriously and impermissibly undermine core First Amendment rights.