Previous Next
Artspace Censors Nudes in Exhibition About Body Positivity 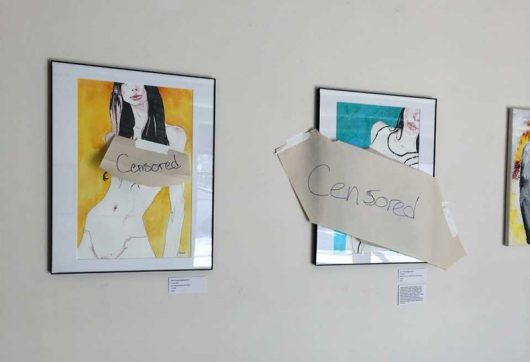 Artspace, the self-described “non-profit real estate developer for the arts,” is a national program for artists that creates affordable live-work spaces in a world where such spaces are rapidly disappearing. However, on more than one occasion, Artspace has censored works exhibited by residents on their premises. NCAC became aware of one such incident six months ago in an Artspace residence outside Seattle. 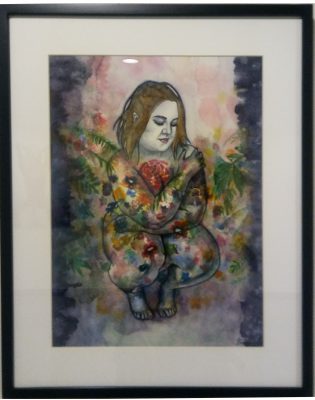 The latest case of censorship took place this month at the Artspace Jackson Flats facility in East Minneapolis, when, after receiving a complaint, its manager demanded the removal of works depicting nudes from an exhibition curated by one of its residents, Kristin Harsma. Ironically, the show, “Beauty in Every Body,” was organized around the theme of body positivity with the goal of encouraging positive change in attitudes towards gender, self-image and sexuality.

NCAC has sent a letter to Artspace administrators criticizing its lack of transparent and reasonable exhibition policies, pointing out that this lack of policy gives its administrators free reign to censor works by the very people it is supposed to advocate for.

If simple nudity was routinely considered reasonable grounds for excluding artwork from public exhibition, vast amounts of art, including many masterpieces, would be off limits. And if we are to remove nudes from art in the public sphere, we will lose some of the most important and edifying artworks of human history, including works by Michelangelo, Titian, Rembrandt, Manet, Rodin, Degas, Modigliani and Picasso, to name but a few artists for whom the nude was central. By removing nudes from public view, we remove access to a living language of visual expression and its centuries-old heritage. But more than that, wrapping the human form in shame alienates us from our own bodies.

Read the full letter below; click here for a full screen view: