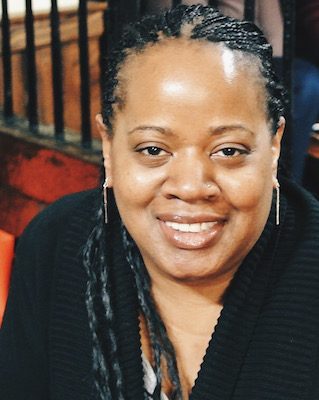 Coe Booth is an award winning young adult author of books like Tyrell and Bronxwood, which have received widespread acclaim for their thrilling plots set in the gritty reality of teenage inner city life. Coe’s raw depictions of the lives of young teens in often troubled situations have made her work frequently the subject of school book challenges. Most recently, Tyrell was at the heart of NCAC’s biggest summer book challenge, when, in Chesterfield Virginia, parents and a local politician objected to the book’s inclusion on a suggested summer reading list, dismissing it as “vile” and “pornographic.” After review, the school board eventually ruled to keep the book in school libraries. NCAC spoke with Booth about her response to controversies around her books and the benefit kids can derive from reading about experiences and lives totally alien to their own.

First of all, are you aware of what happened in Virginia over the summer?

I heard about it as it was being resolved. I didn’t know about it ahead of time.

Generally, what’s your initial reaction when you hear something like that’s going on with one of your books?

It’s hard to explain. My first thought is “again?” Sometimes parents are concerned about what their children are reading, but a lot of times, the parents haven’t read the book themselves. But they challenge it, so it’s just about the cover or they open the book and read a few paragraphs, and think “this is not what I want my kid reading.” I wish they would read it before they challenge it to get a full picture of what the book is about

Say a parent did read it and said, I still think it’s not appropriate for a teenage child to read.

Subjective decisions of individual parents shouldn’t apply to every student.  That was a central point in NCAC’s letter to Chesterfield. But what would you say to someone who said your work isn’t age appropriate for all students aged thirteen, for example? What would you say to bring them around?

A lot of times parents think that 13 year olds are not ready for the material in the book, this is always really interesting because before I was a writer, I worked in child protective services. I investigated child abuse. I counseled children who had been sexually abused, so I know for a fact that children the age of thirteen and actually way younger, are living through the experiences that are in the book. You know, these kids are actually living these experiences, but god forbid they’re reading about them.  It’s such a weird line that is drawn.

There are kids much younger than thirteen that are going through a lot more than what’s portrayed in my book. That’s real life. I think that reading about things could give you a little bit of strength if you face a hard time

These kids are actually living these experiences, but god forbid they’re reading about them.

in your life, that, if you’ve read about kids who have gone through things even worse, it builds up an armor in you. You’ve seen things. You’ve read about them. It’s not the first time that you’re experiencing these things, and I think that kind of gives you a shield in a way for peer pressure and things like that.

Your books deal with inner city themes. What would you say to a parent in Chesterfield, for example, a white suburban community. that would say “my son wouldn’t be interested in that because that’s not his life. That’s just alien to him”?

I have two answers. First of all, parents and adults put limits on kids. What we think they will like. In other words, if you’re from a white community, you would not be interested in XYZ. All of the kids—we think that they’re only going to be interested in things that they see in everyday life, but that’s not true. I think kids are able to think thematically. I get letters all the time from young people, and they tell me “I’m white I live in the suburbs. My life is nothing really like Tyrell’s, but my dad is not with us too. I know what it feels like.” Or “I have trouble with my mom. It’s hard to talk to her.” Or “me and my girlfriend are having trouble.” They’re not thinking about where Tyrell is or what his race is. They’re thinking that they connect with Tyrell on a thematic level and what the story is about.

Also, when people who live in the suburbs and white people say they can’t get into books like mine, I always

I think that reading books like mine, and just different books, different cultures, different experiences, like I said before, it makes young people see that they are connected. Yes, they may speak a little different. They might live in a different kind of neighborhood. But underneath all of that, they’re still someone trying to figure out who they are.

think it’s so funny that they have the luxury to say that. I grew up in a Bronx public school where everyone was black, Latino. Yet every book we read was pretty much about white people. We read The Great Gatsby. We read Catcher in the Rye, you know, we read all of those books and never once did anybody—or any teacher– look at this entire class of black and Latino kids and say “Oh will they relate to this? I don’t know…” In other words, it’s only the other way. We had to read all of those books. It doesn’t matter that we had no connection to the book on the surface and that we did not live anything like the people in those books. We read them, but when it’s the other way around, it’s always “I don’t think they’re going to relate to this.” Why can’t they read something different? They’re only going to read about things they already know? Or are they going to read about and open the door to new experiences. Why shouldn’t they get to learn about worlds that aren’t theirs? It’s not like their world is the default. They can also learn about other kids that have an equally valid and equally rich life just like we do. I don’t understand why the thought is “will they relate to it?” They’re kids growing up in America. Why wouldn’t they relate to it?

It’s interesting you say that because the theme of banned books week this year is diversity. Could you elaborate on the benefit of young people accessing these diverse or alternate perspectives when they read?

I think a lot of times, young people who live in the suburbs or kids who just are not seeing the world of kids like Tyrell: city kids, black kids, Latino kids, I think that those kids might be seen as other. Different.

I think that reading books like mine, and just different books, different cultures, different experiences, like I said before, it makes young people see that they are connected. There are ways that they’re not so different. They’re not so far apart. They have the same struggles with their parents, school, relationships, you know, the same exact things. Yes, they may speak a little different. They might live in a different kind of neighborhood. But underneath all of that, they’re still someone trying to figure out who they are, which is basically what young adult literature is, right?

I think that the more those books are not given the, you know, the “only on February for black history month” but actually just read in the classroom like any other book, and not segregated in the back of the classroom or in the school library under the “urban books” section.

Finally, how do you formulate what you’re going to write about?

I usually don’t approach thinking of the things the book is about, unfortunately. I start with a character that’s interesting to me, or a voice that’s interesting to me, and then I kind of see what this person’s story is going to be. When I wrote Tyrell, I never really thought about what the subject matter of the books was, and then when the book came out, everyone was like, “Oh, this is a book about homelessness and poverty” and I was like, “oh”. It just never occurred to me! I just thought of it being about this kid and what he’s going through. I didn’t think about how other people were going to perceive it.

I have a character that comes to mind that’s interesting to me, and I have lots of things I want to write about, personal experiences that I would like to address in some disguised way, and just things that I’ve seen from just living here in the Bronx or in my former jobs.  I also worked at a high school in the Bronx, counseling kids, and doing home visits, so I’ve done really interesting things and I just met a lot of really interesting people. The world that I live in, and the world that these kids here in the Bronx and inner cities live in, I find really interesting. I love the way they act, I love the way they talk, the things that they go through and how resilient they are, and I think that there’s a million stories probably that are on the block that I live, so I have lots of inspiration.

—————————————-
Every gift supporting Youth Free Expression and Kids’ Right to Read made before November 1, 2016, will be matched dollar for dollar! Don’t miss this opportunity to double your impact on First Amendment advocacy. Help NCAC make Youth Voices heard today with a contribution of $10, $20, $40, or more.