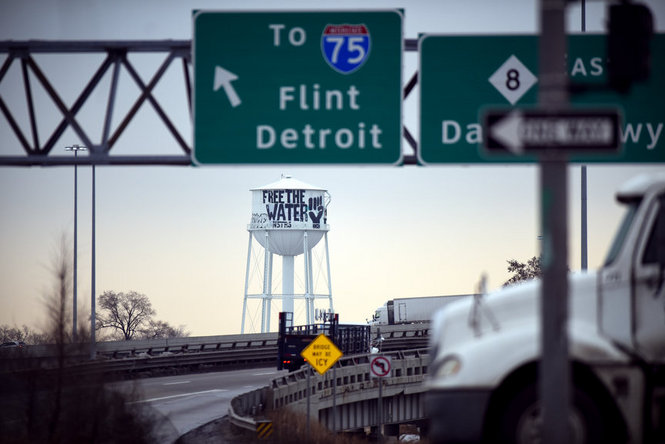 The interchange at I-75 and the Davison Freeway in Detroit. (Photo: Tanya Moutzalias | MLive Detroit)

UPDATE 10/25/16: The Free the Water Defense Campaign have announced that artists Cosme and Lucka have managed to reach an out of court settlement with the state prior to their October 24th trial. A news release reports that:

Thanks to widespread community support and media coverage…[the artists] hammered out an arrangement for 1 year of nonreporting probation and 120 hours of community service each.

Two Detroit artists, Antonio Cosme and William Lucka, are facing felony charges for politically motivated graffiti. In 2014, the pair reportedly painted the slogan FREE THE WATER along with a fist of resistance on a Highland Park, Detroit, water tower. The artists face fines of up to $75,000 and a maximum jail sentence of four years on charges related to the malicious destruction of property and trespassing.

Cosme, a 28-year-old artist, organic farmer and community organizer, and Lucka, 22, a muralist, are members of The Raiz Up, (which Cosme co-founded), a Xicano, Latino, Indigenous hip-hop and arts collective rooted in southwest Detroit. The Raiz Up uses hip-hop to spark conversations about the city’s cultural heritage and social issues through concerts, workshops and collaborative murals. Partially funded with a grant from the Knight Foundation, its stated mission is “to break down the stereotypes that exist of hip-hop culture by showing its power as a tool for social activism, capable of bringing generations together and stimulating social change.”

Cosme and Lucka are outspoken critics of Detroit’s redevelopment scheme and the water shut-offs that continue to plague the city. The shut-offs have stirred widespread protests because they disproportionately affect the city’s poorest residents. For example, commercial entities, such as the management company running Detroit’s four golf courses, which owes a six figure water bill to the city, continue to receive extensions on their accounts.

In November 2014, one month after the United Nations sent a team to Detroit investigate the shut offs, FREE THE WATER appeared on the Highland Park water tower.

A July 2015 article in The Nation outlines the crisis:

Over the last year, as the city has waged an unprecedented campaign to shut off water to residents over unpaid bills, these activists have turned Detroit into the epicenter of a growing national struggle over whether water constitutes a human right. This struggle began in the spring of 2014, when a private company contracted by the city began abruptly turning off the water to up to 900 homes a day. At the time, nearly half of Detroit’s residents were behind on their bills—the result of the increasingly unaffordable costs of utilities in a city where nearly 40 percent of the population lives in poverty. Within months, more than 30,000 households were without water, sparking a public-health crisis, condemnation from the United Nations, and a surging struggle to ensure that access to clean, affordable water becomes a legally recognized right in the United States. 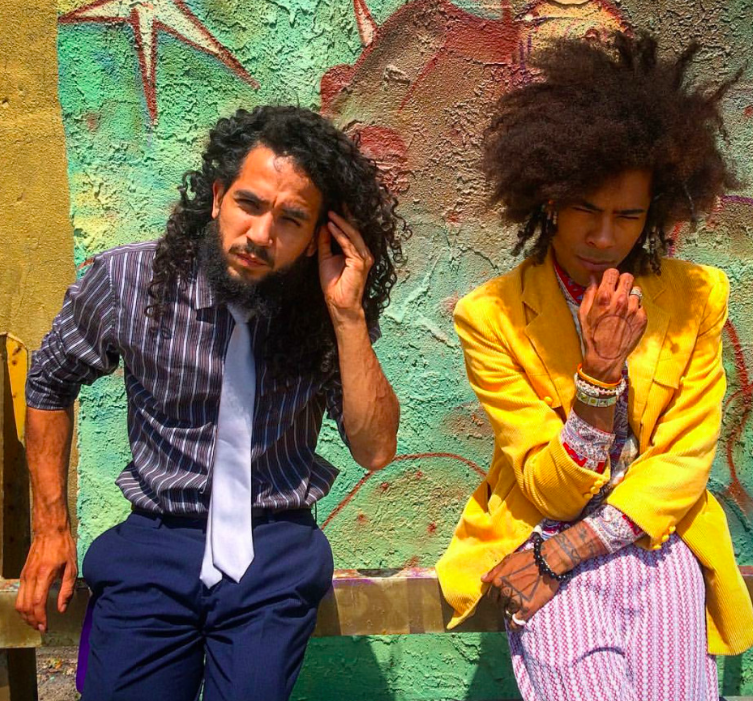 While graffiti often carries associations of its early history, of urban blight, gang violence and decay, contemporary graffiti can be used as a medium in synch with social justice movements when it is wielded as a form of protest art. Graffiti and other forms of street art give a voice to the disenfranchised, providing a much-needed public forum in cities where no such forum exists. As Antonio Cosme stated in a recent conversation with Democracy Now: “The criminalization of artists is part of a larger war on public space. It’s coinciding with a war on public good. And privatization is being implemented on our public schools, on our water, our healthcare.”

Two years after the water shut-off scheme began, thousands of city residents are still struggling to afford their water bill. The high-profile graffiti on the Highland Park water tower serves as a pointed reminder of the crisis until a solution is found. There is indeed a crime being committed in Detroit, and it isn’t graffiti.