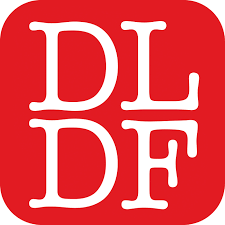 Last week, NCAC coalition member the Dramatists Legal Defense Fund (DLDF) released the following statement in response to the news a number of corporate sponsors of The Public Theater had withdrawn their support over a production of Shakespeare's Julius Caesar featuring a Trump-like portrayal of the titular character.

A STATEMENT FROM THE
DRAMATISTS LEGAL DEFENSE FUND

Yesterday, Delta Airlines and Bank of America announced their withdrawal of support and funding from the Public Theater and its production of Julius Caesar, currently running at the Delacorte Theater in Central Park. After the production opened, Breitbart and other right-wing outlets on social media objected loudly to the production’s portrayal of Caesar as a Trump-like figure. In response to this interpretation of the character, Delta issued a statement yesterday that the production didn’t reflect their “values,” and the “artistic and creative direction crossed the line on the standards of good taste,” and Bank of America stated that the production “intended to provoke or offend,” as reasons for their withdrawal of support.

But good taste is a matter of opinion and an “intention to provoke” may be an integral part of a play’s mission. The works of Shakespeare are replete with representations of regicide, and potentially objectionable and graphic violence of all sorts, but Delta doesn’t appear to have had a problem with the “values” or “taste” of such depictions before. The fact is that, for hundreds of years, this particular play has been understood to be a critique of political violence, not an endorsement of it. As director Oskar Eustis explained, “Julius Caesar can be read as a warning parable to those who try to fight for democracy by undemocratic means. To fight the tyrant does not mean imitating him.” So those criticizing this production for endorsing violence against President Trump seem to be willfully misinterpreting it, for their own political ends.

Delta and Bank of America are private corporations that are entitled to support or not support anything they choose. However, the withdrawal of significant financial resources from a theatrical institution based on the content of its work is an act of political bullying that endangers public debate of the critical issues of our day. So we condemn the actions of Delta Airlines and Bank of America for undermining free expression, and we support the Public Theater and its courage in moving forward with its production, despite the potential cost to their institution.