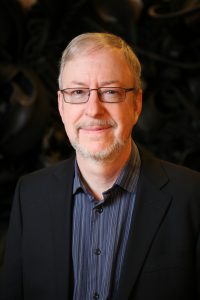 New York, NY, June 21, 2017- The National Coalition Against Censorship (NCAC), an alliance of 56 national non-profit organizations, announced today that it has hired Christopher M. Finan as its next executive director.  Joan Bertin, the current executive director, is stepping down after leading the organization for 20 years.  NCAC promotes freedom of thought, inquiry and expression and opposes censorship in all its forms.

“We are indeed lucky that a free expression advocate the caliber of Chris Finan has agreed to lead the NCAC to its next chapter,” said Jon Anderson, chair of the NCAC Board of Directors and president and publisher of Simon & Schuster Children’s Publishing. “In this most challenging of times for First Amendment rights, we need someone with the experience and reputation that Chris brings to the table in protecting the rights of all Americans to express themselves as they choose.”

Finan has worked closely with NCAC as a member of the board of directors and as a board chair.  In 2007, he and Bertin created NCAC’s Kids’ Right to Read Project, which supports parents, students, teachers and librarians who are fighting efforts to ban books in schools and libraries.

“I am very grateful for the opportunity to lead an organization that plays such an important role in protecting free expression.  I am also very fortunate to be succeeding Joan Bertin, who has led NCAC’s vigorous defense of free speech during a time of growing censorship pressure,” Finan said.

As examples of NCAC’s recent advocacy, Finan pointed to statements defending publishers who are pressured to censor books that some critics consider offensive, condemning the Trump administration’s attacks on the press and criticizing the Walker Art Center’s decision to dismantle a sculpture after accusations that it was “cultural appropriation.”