Fla. Teens Write on the Dangers of Book-Burning

Previous Next
Fla. Teens Write on the Dangers of Book-Burning 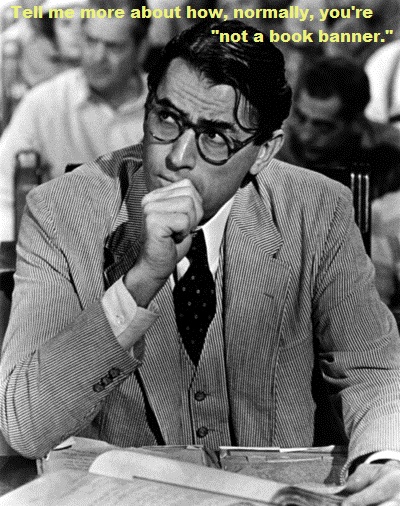 For the last few months, the West Palm Beach Library Foundation in Florida has been hosting the travelling exhibition Banned and Burned: Literary Censorship and the Loss of Freedom from the U.S. Holocaust Memorial Museum. In addition, the Library asked students in the area to make their voices heard in their first-ever essay contest. The theme? Literary censorship.

In their essays, the winners drew connections between the themes of novels such as 1984 and Lord of the Flies, which caution against authoritarian control of information and concentrations of power, and real-life book burning. The students condemned acts of censorship throughout history — from the book-burnings of Nazi Germany to attempts at removing books from classrooms and libraries in America today.

Savannah Rodgers wrote about censorship as an attempt to control and erase the past in her essay, “A Bibliocaust”:

The Nazi party hoped to control the population through destruction of their past and the revelations that the past could give them. It was an attempt at shaping the public. George Orwell, said in 1984, “He who controls the past, controls the future, and he who controls the present, controls the past.” This idea is structured upon the concept that books are a compendium of the past and everything it has to offer. When books are destroyed, so is the knowledge and liberties gained from the past they portray and our potential for an accumulation of knowledge and liberties, in the future.

To learn more about the winners and to read their essays, visit the West Palm Beach Library Foundation’s website.