A quick look at free speech and censorship news from the week, including analysis and commentary from some of NCAC's partner organizations. 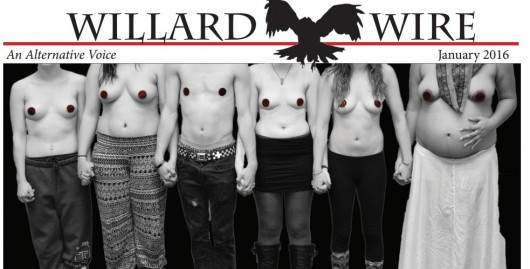 When a Montana high school newspaper published topless pictures on the cover of its January edition, in an attempt to discuss the “Free the Nipple” gender equality movement that is sweeping the nation, district officials recalled the issue immediately.

The controversy led to the school principal, who reviewed the issue before publication, being suspended without pay for three days and the newspaper adviser receiving a formal reprimand. The student journalists are currently fighting for their newspaper to be republished in the University of Montana’s student newspaper Kaimin with an editor’s note warning readers that the content may be offensive.

The Star Ledger reports: "Medical marijuana is legal in 23 states including New Jersey, but the ubiquitous social media giant Facebook apparently doesn't 'like' it."

Graphic Novel Out of Florida Libraries

From the Comic Book Legal Defense Fund: The award-winning graphic novel This One Summer has been removed from elementary school libraries in Florida. That's worrying news, but CBLDF is right to be concerned about whether there will be more trouble ahead: School officials are quoted as saying that there could be "a bigger review of how all books are screened."

Americans United for the Separation of Church & State notes: "The Phoenix City Council voted yesterday to replace its invocation practice with a moment of silence." Why? A local Satanic group asked to deliver an invocation at a Council meeting. When town lawyers explained that "banning a specific viewpoint opened the door to a legal case they’d likely lose," they adopted the policy of silence.

In "ISIS Is Changing Our Attitude Toward Free Speech, but Not Guns," Nation columnist Patricia Williams weighs in on the debate over free speech and incitement.

Keeping 'Explicit' Material Out of the Classroom

A local newspaper reports on an alarming bill in Virginia:  "A Virginia mother’s fight over the novel 'Beloved' taught in her son’s classroom has led to legislation that, if approved, would give parents more power over some materials their children see at school."

Making Theater Out of Censored Theater

A new play in Illinois tells the story of a case of theater censorship:

Wilner's story is based on real-life events that took place in 2006 in Fulton, Mo., when the schools superintendent canceled the high school's scheduled play "The Crucible," Arthur Miller's classic about the Salem witch hunts.

The superintendent had received three complaints from conservative church-goers about the school's earlier production of "Grease," the popular musical about 1950s greasers.