The Penguin authors talked about the many challenges their books has faced over the years, and how cultural attitudes towards same-sex couples have changed so much in a decade. Larry Siems explained how censorship is an integral part of the history of the Guantanamo Bay prison camp, and he eloquently paid tribute to prisoner Mohamedou Ould Slahi, and what his diary tells us about the power of the written word. 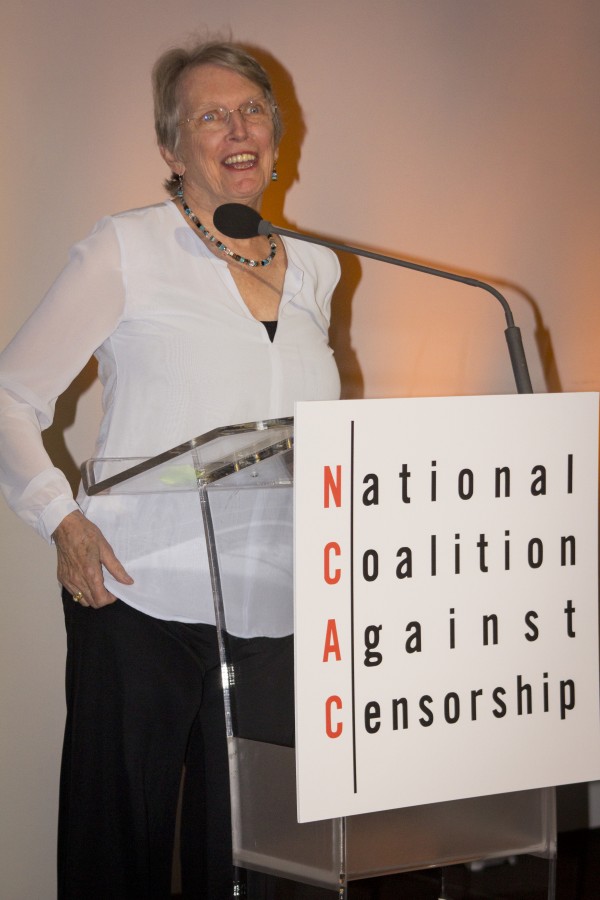 And after Lois Lowry brought the house down with her story about binge-watching The Wire, she read from her correspondence with a young reader who was outraged by the “inappropriate” material in one of her books. Lowry explained how she valued hearing from a reader who was moved by literature, even if it was to complain about a work she found disagreeable. 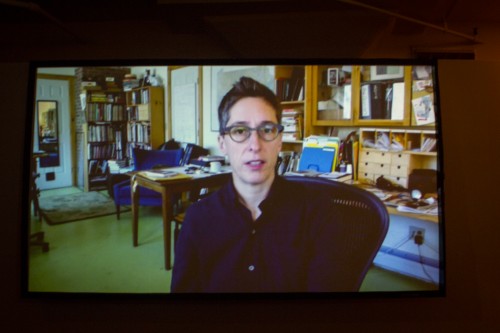 And if that wasn’t enough, guests were treated to a special performance of two songs from the Tony-winning musical Fun Home, along with a video message from author Alison Bechdel. And our emcee Jena Friedman had us laughing—and occasionally wincing—all night.

A special thanks goes out to our event chairs Gary Gentel of Houghton Mifflin Harcourt Trade Publishing and Betsy Groban of HMH Books for Young Readers, and to all of the sponsors who made the evening a hit. Go inside the night with our online photo gallery.

And now it’s back to work—defending free expression and battling censorship.