It’s been a rough week for the world of arts and letters–Maurice Sendak, Carlos Fuentes, now Donna Summer. And the great and prolific author Jean Craighead George, who died yesterday at the age of 92. I doubt Craighead George’s name is as immediately recognizable to the general public, but as one of the many people who grew up on her books, I was a little sad. 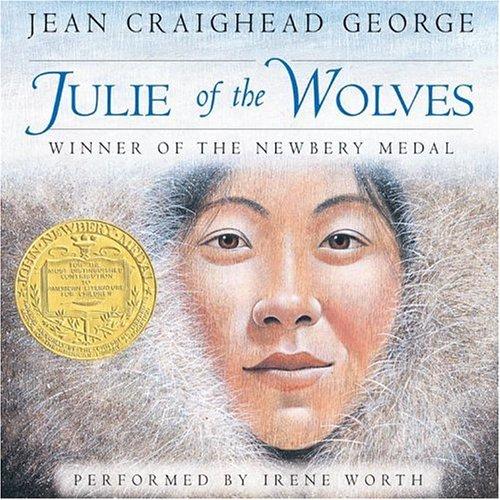 And nostalgic, too, for the time when I spent hours upon hours in the company of books like Julie of the Wolves and My Side of the Mountain. These two books in particular were among my favorite titles in elementary school and coincidentally, Julie of the Wolves was also one of the top banned books in the 1990s and 2000s. Everything has really come full circle, hasn’t it?

Like many banned books, Julie of the Wolves was an award-winner, having garnered the Newberry Medal.  Parents objected to a specific scene in the book in which Julie’s husband through an arranged marriage assaults her. This event precipitates  Julie’s adventures in the wilderness. Side note: Julie also eats food regurgitated by her dogs, but apparently this grossness isn’t a moral issue for anyone.

Craighead George said that in her mind there was no rape and that she was proud to have her book among the list of banned books.

Craighead George had an amazing life as a writer. When we read these books as kids, we didn’t Wiki search the authors, so I had no idea until yesterday that the woman responsible for these books was also one of the first women journalists in the White House Press Corps and worked for The Washington Post in the 1940s. An under-the-radar role model, who influenced my young self through her characters, with whom I related.