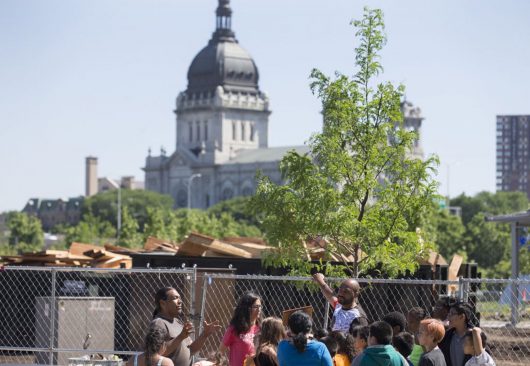 A fortnight ago, a day before the Minneapolis Sculpture Garden was due to re-open after two years of renovations, NCAC issued a statement signed by several national and international organizations criticizing the Walker Art Center for acquiescing to demands to dismantle and destroy one of its new commissions for the garden.

NCAC's statement underlined the dangerous precedent set by this decision, which weakens cultural institutions' position in future controversial programming, and sends a chilling message to artists who wish to create and exhibit political, socially relevant work. Read the statement and background here.

Since then, the Walker Art Center has responded in a piece that pushes back against our criticism and affirms their decision making, arguing:

I think the NCAC has placed undue emphasis on the work’s material structure over its concept. I firmly believe that the work has been repurposed within our community. Our responses as artists and arts institutions to such challenging incidents must be as nuanced, complex, and nimble as the situations and their histories necessitate. I stand behind the decision and hope it leads to continued dialogue about art’s potential to change and to inspire change.

NCAC has responded in a statement posted below:

Whether we call it censorship or not (our statement did not use that term), when a highly respected cultural institution like the Walker Art Center consents to destroy a work of art with less than a week's consideration and with the input of one single group, it undermines the exchange of ideas and impoverishes the public sphere. It also betrays the responsibility of a democratic cultural institution: to maintain an open cultural and political dialogue, to serve a broad diversity of stakeholders, and to stand up for cultural freedom in the face of protests and anger. The fact that the artist has agreed to the destruction does not affect the force of the institution’s broad cultural responsibility.

Calls to remove artworks come from all kinds of groups: religious groups offended by representations of their sacred symbols, moral conservatives that consider nudity in art intolerable, political groups protective of their leadership, and many others. In the heat of controversy, cultural institutions need to stand by principles of cultural openness and freedom, support embattled artists, and use their resources to create space for conversation.

The time to have a conversation is before a work is spectacularly destroyed, not after; this is the time to hear various positions, to have the artist speak about the work to a wider audience, to even invite creative interventions into the work. It is only after such a long process has taken place that an institution can make an informed and thoughtful decision about the fate of a work.

Any conversation that takes place after the work has been subjected to the shame of public dismantlement is already tainted. Inevitably, it focuses any ensuing conversation on freedom of expression, pulling it away from the urgent issue Durant wanted to raise: capital punishment and the American criminal justice system.

The broad influence and the respect the Walker enjoys in the US and internationally amplifies the impact of its decision beyond the confines of this particular institution: the decision to destroy artwork in response to controversy and critique is likely to become a cherished model for groups who find discomfort and cause for outrage in an artwork, a theater production or a book. 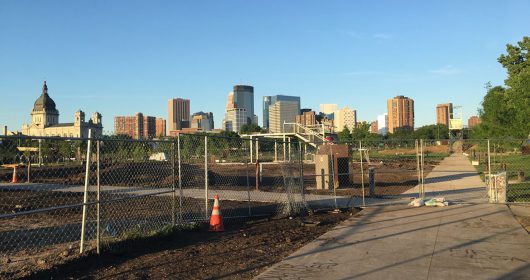 The work site where "Scaffold" was dismantled on Monday, June 5 (Photo via Star Tribune)