NCAC Staffers Share their Knowledge Around the Big City

Previous Next
NCAC Staffers Share their Knowledge Around the Big City

Last week, NCAC staff members spoke about on-going censorship issues in front of audiences in New York and beyond. 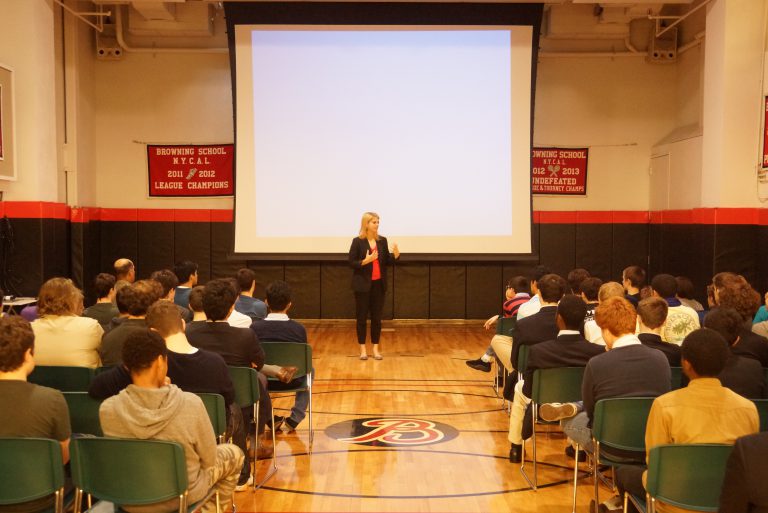 Kids’ Right to Read Coordinator Acacia O’Connor spoke to groups of high school students last week about the recent controversy surrounding Rainbow Rowell’s book Eleanor & Park. The book is currently under challenge in the Anoka-Hennepin School District, where it had been selected as the Rock the Read Summer common read for 2013. Rainbow was also disinvited to speak to students there just weeks before she was slated to visit. Acacia was invited to speak remotely to students in St. Paul, where Rainbow was extended an invitation following the Anoka controversy.

And on Friday, November 1, Acacia addressed another group of students who had read Eleanor & Park: the high school classes at Browning School in Manhattan. In addition to discussing book censorship, the conversation touched on student privacy and social media use. 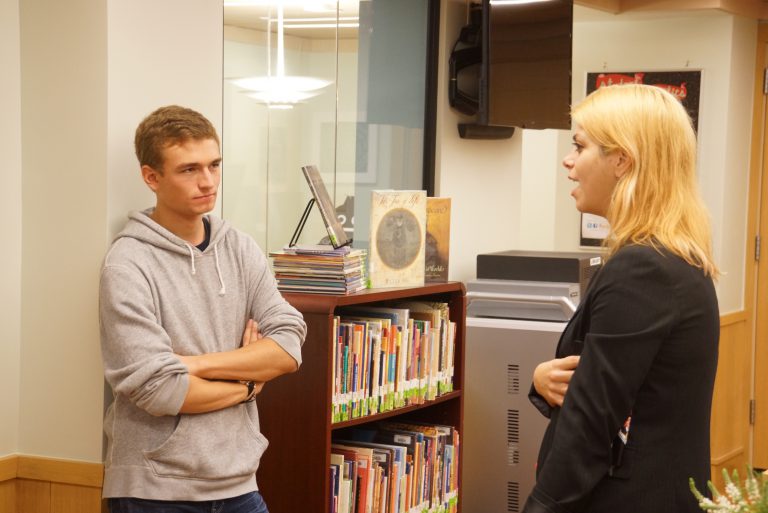 Acacia O’Connor answers student questions after a lecture at The Browning School. Photos by Jeremy Katz.