Robert S. Rubin, Who Defended The Brooklyn Museum Against Rudy Giuliani, Passes Away at 86

Previous Next
Robert S. Rubin, Who Defended The Brooklyn Museum Against Rudy Giuliani, Passes Away at 86 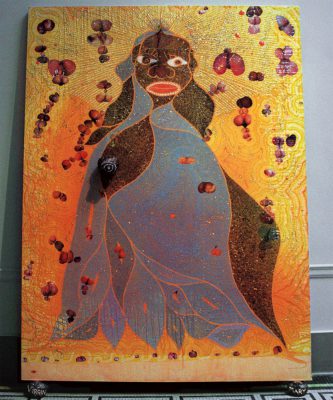 This litigation is not just about the Brooklyn Museum of Art, it is being undertaken in the interests of all public institutions—museums, universities and libraries—that are dedicated to the free exchange of ideas and information, and in the interests of the people they serve. —Robert S. Rubin, chairman of the board, Brooklyn Museum of Art, September 28, 1999 at a press conference in the museum’s lobby.

Robert S. Rubin, philanthropist, investment banker and champion of free expression, died on Saturday at a hospital in Manhattan. He was 86.

Rubin was instrumental in defending The Brooklyn Museum in a highly publicized controversy in which, as chairman of the museum’s board, he went head-to-head with then-mayor Rudy Giuliani who threatened retaliation over the upcoming exhibition, Sensation: Young British Artists From the Saatchi Collection (Oct. 2, 1999 – Jan. 9, 2000).

Of the many provocative works in the show, one in particular provoked Giuliani’s outrage, Chris Ofili’s The Holy Virgin Mary. Ofili, a YBA (Young British Artist), was the first black artist to be awarded Britain’s prestigious Turner Prize the previous year; his work has been described as “paintings…concerned with issues of black identity and experience and [that] frequently employ racial stereotypes in order to challenge them.” 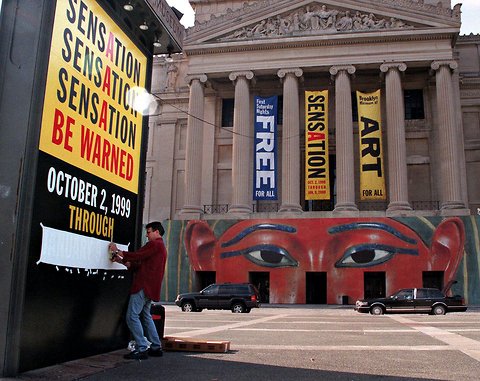 Deriding the work as an anti-Catholic smear on the Virgin Mary, Giuliani ordered the museum to remove it or else he would cancel the exhibition, cut off all city subsidies and eject the museum from the building. During the high-profile battle that ensued, Rubin stood up to Giuliani, and the museum’s board stood firmly behind him.

Rubin filed a preemptive suit against the city in federal court. Judge Nina Gershon ruled that Giuliani’s attempt to cut funding and his threat of eviction violated the First Amendment. Giuliani appealed, and in March 2000 the case was settled: the city agreed to pay $5.8 million over two years to help renovate the museum’s entry hall.

Floyd Abrams, the First Amendment lawyer who represented the museum, said that Mr. Rubin “was very supportive of the effort to resist Mayor Giuliani’s censorship and was willing to run considerable risks in taking on a mayor who had authority over the purse strings and over public opinion and with respect to the museum’s very legitimacy and existence.”