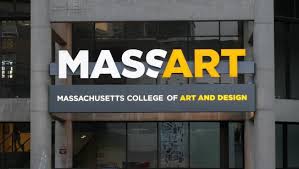 After anonymous complaints about brief images of sexual acts in an avant-garde film shown in class, the Massachusetts College of Art and Design launched a sexual harassment investigation. Saul Levine, the professor teaching the class and the target of the investigation, who is also a well-regarded avant-garde filmmaker, resigned in protest.

This incident raises serious concerns beyond the individual case. In an age of heightened awareness around sexual misconduct, college administrators need to draw a clear line between sexually explicit classroom content and impermissible sexual misconduct directed at students. Failing to do so will gravely imperil academic freedom.

Teaching post-1960 film and art is bound to involve nudity, sexually explicit content and other provocations. Some of that content could disturb students; indeed, the very intention of avant-garde artists often is to disturb the viewer. Are professors teaching about this art subjecting themselves to the onerous process of a Title IX sexual discrimination and harassment investigation every time they show a provocative film or other artwork? And, facing such investigations, would they not choose to forego important but difficult material?

In their attempts to ensure student safety and create a non-discriminatory environment, universities face a challenge to their core mission as places where ideas can be explored freely, where students can be exposed to creative expression and philosophical debate, even if what they see, hear or read is beyond their zone of comfort.

As we welcome the tide of opposition against those who abuse their power sexually or otherwise, as we recognize the need for students to learn in a safe environment, we must also vigilantly protect the right of professors to introduce material that provokes, upsets existing beliefs and sometimes even disturbs. Students should feel safe from personal abuse and discrimination, but the ideas they are exposed to should not have to be safe.

Saul Levine’s 1989 film, ‘Notes After Long Silence’ can be viewed below.

More information about Saul Levine’s work can be found on his website: saullevine.com

A review of ‘Notes After Long Silence’ can be read here.