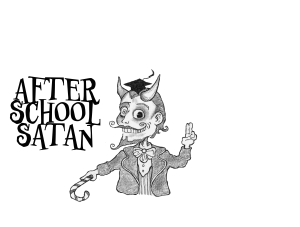 The Satanic Temple has announced plans to launch ‘After School Satan‘ clubs at a number of elementary schools across the country. According to a Satanic Temple letter to school districts, the clubs will “enrich the lives of children” by teaching “secular moral values, critical thinking, and self-determination.” Club activities will “include a healthy snack, literature lesson, creative learning activities, science lesson, puzzle solving, and art projects.” Students of all religious faiths are welcome to attend club meetings, as are their parents.

The founding of the After School Satan clubs represents an admitted attempt by the Satanic Temple to counter the influence of Good News Clubs, an arm of the Child Evangelism Fellowship that operates in thousands of public schools across the country. The Satanic Temple believes that Good News Clubs represent a religious invasion of public schools and harm students through their “focus on indoctrination, instilling them with a fear of Hell and God’s wrath.” It further argues that After School Satan Clubs’ “presence in schools that are burdened with the loathsome stink of the Good News Clubs serves an anti-indoctrination function, illustrating to children that opposing religious perspectives can be held by moral and reasonable people.” The Satan Temple ultimately plans to found After School Satan clubs in every school that hosts a Good News Club.

The Satanic Temple claims it is doing just that. “Proselytization is not our goal,” it argues, “and we’re not interested in converting children to Satanism.” Instead, the clubs will “protect religious pluralism and defend personal sovereignty” by instructing students about core aspects of Satanic morality such as compassion, empathy, justice, reason, and the preeminence of scientific understanding.

The law unequivocally recognizes the right of the Satanic Temple to operate After School Satan clubs. If school districts that permit religious organizations to operate extracurricular activities attempt to forbid the establishment of After School Satan Clubs, they will be engaging in unconstitutional censorship of disfavored viewpoints. The Satanic Temple has offered to establish clubs in school districts in Georgia, California, Florida, Oregon, Utah, Washington, Missouri, Arizona, and the District of Columbia. Stay tuned for updates.