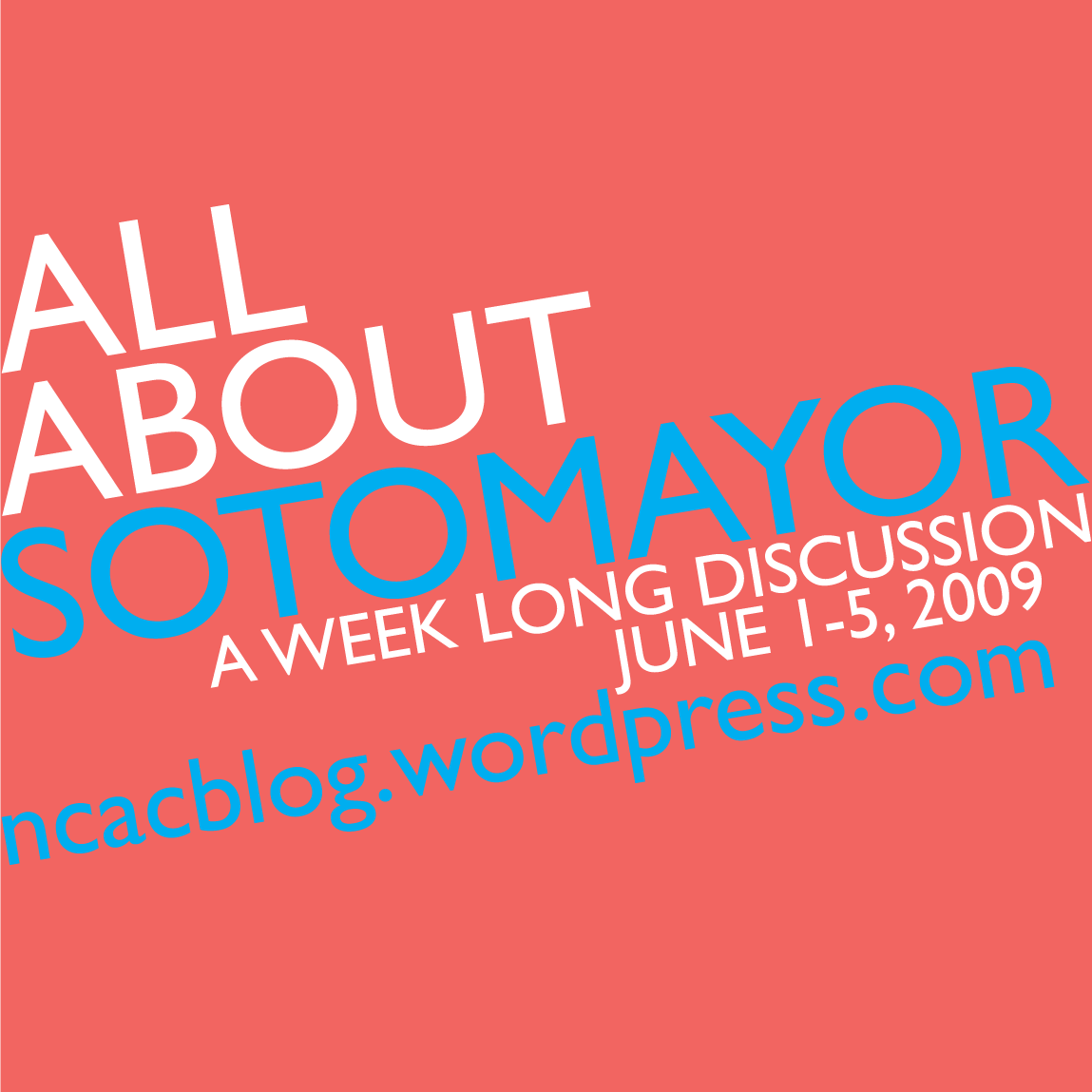 Evaluating where Sonia Sotomayor stands relative to the principles espoused by the First Amendment is frustrating task for two reasons.  First, Sotomayor has not authored that many opinions on free expression issues.  More importantly, those opinions she has drafted have been fact specific and have narrowly applied existing laws.  Her judicial style prohibits straying into “big picture” territory.

That being said, Sotomayor has potential to get it right on free speech.  I say this based on the decision she wrote in the 2005 matter of U.S. v. Quattrone, 402 F.3d 304 (2005), where she upheld the First Amendment rights of journalists fighting a judicial order prohibiting the press from publishing the names of the jurors in a high profile criminal case.


The facts of this case arose during the retrial of former Credit Suisse executive Frank Quattrone.  Quattrone had been charged with obstructing the federal government’s investigations into several of Credit Suisse’s initial public offerings.  During the same time that Quattrone’s case was being tried, the former CEO of Tyco Corporation, Dennis Kozolowski’s own trial had ended in the state court judge declaring a mistrial because several reporters had disclosed the name of one of the jurors in periodical publications.  Following the publication of this juror’s name, along with unflattering information about her, she began to receive harassing phone calls and letters.  The judge declared a mistrial based on the belief that “pressure that ha[d] been brought to bear on one woman whose name and background had been widely publicized” and ruined the judicial process.

Federal Judge Richard Owen, of the Southern District of New York, hoping to avoid a similar outcome for his jurors in Quattrone’s trial, preemptively barred the media from referring to jurors by their names in reports on the trial.

The reporters, many from major media outlets, including ABC News, the New York Times and Forbes, attended jury selection for Quattrone’s trial.  Although this selection process was held in open court, and thus open to anyone interested in attending, Judge Owen announced that he would order the press to refrain from including the names of the jurors in their reports of the case.

Sotomayor’s decision on the constitutionality of Owen’s gag order relies heavily on the findings and holdings in cases addressing the media’s freedom to report on court proceedings, including Nebraska Press Ass’n v. Stuart, 427 U.S. 539, (1976) and Cox Broadcasting Corp. v. Cohn, 420 U.S. 469, (1975). Applying the facts of the Quattrone plaintiffs to discrete sections of dicta providing by these guiding cases, Sotomayor found that Judge Owen’s order had placed a prior restraint on the free expression of the journalists reporting on the events that transpired in open court.  Moreover, she found that the order flat-out violated the journalists’ free speech rights under the First Amendment.

The doctrine of prior restraint on speech essentially means that a government entity, such as a judge, in anticipation that speech with specific content may be expressed, will order that the speech not be expressed.

The NCAC describes the doctrine, as such:

prior restraints, or governmental restrictions of speech before it is actually expressed, are prohibited by the First Amendment except in very limited circumstances.

Sotomayor, in finding that Owen’s order was a prior restraint, applied the facts to a test articulated by the Supreme Court in Nebraska Press:

In cases where, as here, a trial court seeks to restrict news coverage in order to ensure a fair trial, the court must consider: (1) whether the nature and extent of news coverage in question would impair the defendant’s right to a fair trial; (2) whether measures other than a prior restraint on publication exist to mitigate the effects of unrestricted publicity; and (3) the likely efficacy of a prior restraint to prevent the threatened danger.

Because Owen had not proved that his order preemptively restricting reporters’ speech would be the only effective way to prevent disrupting Quattrone’s trial, Sotomayor found for the reporters.

The Quattrone court also found that Judge Owen’s order violated the free expression rights of the reporters in that they were being prohibited from speaking about matters expressed in open court.   Sotomayor identified this as a constitutional harm separate from prior restraint.  She explained that,

[a] trial is a public event. What transpires in the court room is public property…. Those who see and hear what transpired can report it with impunity. There is no special perquisite of the judiciary which enables it, as distinguished from other institutions of democratic government, to suppress, edit, or censor events which transpire in proceedings before it.

The takeaway from Quattrone is that Judge Sotomayor relies heavily on precedent cases, and closely applies these holdings to the facts.   She ends her analysis of the First Amendment issues in this case, by explaining that

[w]e need not address what exceptional circumstances, if any, could justify a departure from the doctrine barring restrictions on the publication of information revealed in open court. It suffices to hold that the record is devoid of facts that could justify creating such an exception in this case.

She is not prone to flights of fancy, nor does her doctrinal view stray far from what prior controlling cases have already determined.

In some sense, this provides free expression advocates a modicum of comfort in that Sotomayor will likely uphold law favorable to free speech interests.

This is not to say that Sotomayor is a judicial robot with little understanding of the principles underlying the law she espouses in her opinions.  Instead, her adherence to the dicta on this issue displays a strong grasp of how the First Amendment should be applied in censorship cases.  Essentially, she recognizes that barring extraordinary circumstances, where restraining and censoring speech is the only option to prevent an extreme wrong, the right of free expression must be upheld.