NCAC Defends the Glass Castle over Concerns of ‘Disturbing’ Content; UPDATE: Review Committee Votes in Favor of Keeping the Book

Previous Next
NCAC Defends the Glass Castle over Concerns of ‘Disturbing’ Content; UPDATE: Review Committee Votes in Favor of Keeping the Book 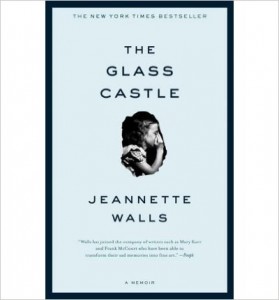 UPDATE 3/3/2017: The Marshfield school's Curriculum and Instruction Committee has voted in favor of keeping The Glass Castle in classrooms after it was challenged by a local parent over concerns of “foul language and explicit and disturbing material.”

The committee, comprised of staff and students, unanimously voted in favor of keeping the novel  in the English curriculum. The review committee heard arguments in favor of the committee, which included the masterful storycraft of the book and its "unvarnished" depiction of real life.

NCAC, having sent a letter urging the committee to retain the book in classrooms, applauds the committee's decision to keep the book.

Jeanette Walls’s memoir The Glass Castle is again being challenged. A parent in Marshfield, Wisconsin, objects to the book's “foul language and explicit and disturbing material.” NCAC has written a letter to the school district’s Curriculum and Instruction Committee, which will soon review the book and issue a recommendation as to whether it should remain in the tenth-grade curriculum.

A formal complaint was lodged by a local parent who was offended by the presence of profanity in the book, which includes passages that reference sexual assault. In the context of the book, the discussion takes place within a poverty stricken, alcohol-abusing family. The parent told the school board that students at Marshfield School "deserve better" and that they should choose books that "inspire our children to greatness."

Although The Glass Castle spent 261 weeks on the New York Times Best Seller List and is widely recognized as a work of significant literary and artistic merit, it is frequently the subject of challenges. It was placed no.9 on the American Library Associations 2012 top ten list of most challenged books. Indeed, NCAC has previously defended the book on numerous occasions. In 2012, the Traverse City Board of Education (Michican) voted to allow the book to remain in schools following NCAC’s successful intervention. In 2016, officials in West Allegheny, Pennsylvania, ignored NCAC’s letter in defense of the book. However, an emboldened student collected the signatures of 200 peers and petitioned her school board to allow the book to remain in the classroom. She rightly accused complaining parents of stealing kids’ right to learn.

NCAC’s letter to Marshfield school informs the Committee about the important educational, moral, and legal issues that may arise from removing the book. It will explain how students benefit from exploring controversial issues present in The Glass Castle such as alcoholism, poverty, sexual assault, addiction, and bullying. Removing the book from the curriculum will deprive students of the opportunity to engage with these difficult, yet important issues and their representation in great American literature.

The letter notes how removal of The Glass Castle will set a harmful precedent and invite future parental complaints about a wide range of books. Countless great works of literature depict the controversial issues that are present in The Glass Castle. Schools that fail to teach books like The Sun Also Rises (alcoholism) and The Grapes of Wrath (poverty) will put their students at a disadvantage relative to their peers in other districts.