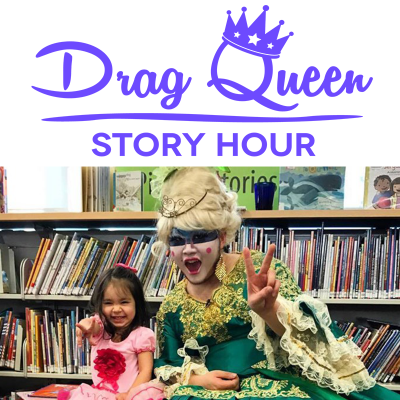 The National Coalition Against Censorship (NCAC) supports the Houston Public Library’s commitment to open and diverse programming. NCAC strongly opposes efforts to block Drag Queen Story Hour events in libraries in Houston and across the country.

As public spaces, libraries must be free to host programming that fosters the discussion and exploration of ideas. The beliefs of one individual—or group of individuals—cannot be allowed to undermine the rights of all community members to access public programming.

This week, a group of religious organizations sought to enjoin the Houston Public Library from hosting a family-focused program of reading, singing and crafts presided over by drag queens. Like similar events organized by libraries in Louisiana, Colorado, New York and California, Drag Queen Story Hour celebrates the joy of reading while encouraging children to celebrate individuality and accept differences. It also helps combat bigotry and stigmatization of LGBTQ youth, whose experiences are traditionally underrepresented or silenced.

The Constitution guarantees everyone in America—be they religious groups, politicians, or drag queens—the right to read and freely express their views. Critics of Drag Queen Story Hour who cite their own religious beliefs in their criticism seek to claim their own First Amendment rights while denying them to those who produce, participate in or simply wish to attend Drag Queen Story Hour.

We encourage Houston Public Library to resist calls to censor its upcoming Drag Queen Story Hour event and hold steadfast to its mission of “link[ing] people to the world, through a broadly defined platform of educational, recreational and cultural programs and services for persons of all ages, ethnicities, and life stages.”