Previous Next
City of Thieves Removed from Florida High School 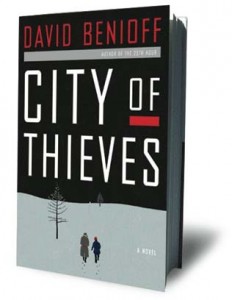 Fort Myers High School in Florida has removed City of Thieves, a novel by David Benioff, one of the creators of HBO’s Game of Thrones, from the 10th grade curriculum. The Florida Education Defenders, a group of education and free expression advocates led by the National Coalition Against Censorship (NCAC), has written to Lee County school officials to voice opposition to their removal of the acclaimed novel.

The 2008 historical coming-of-age novel was removed from the curriculum following a parent’s complaint that it contains explicit language and depictions of sexual violence. The book was one of eight texts chosen for the high school’s 10th grade curriculum, each of which were then randomly assigned to a select number of students. Parents were granted time to assess the appropriateness of their students’ assigned books and invited to raise any concerns. No concerns were expressed about City of Thieves until after this period had ended. A media report indicates that, in response to the parent’s complaint, Lee County School District Superintendent Gregory Adkins asked school officials to remove the book from the curriculum without prior review, in violation of the school’s own policy. Challenged books should remain in use while a formal review is conducted.

NCAC and the Florida Education Defenders uphold Florida parents’ rights to direct the course of their children’s education. But it is never appropriate for the concerns of a single parent to stifle the freedom of all students to read and learn, nor to override the consensus of professional educators as to the book’s educational value. NCAC and the letter’s co-signatories have urged the district to restore City of Thieves to Fort Myers classrooms and to follow their own established procedures for handling parental complaints that prioritize the expertise of educators and protect the First Amendment rights of their students.

Read about an earlier controversy involving City of Thieves.

The full letter to school officials can be read below. Click here for a full screen view: