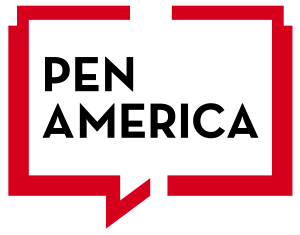 Protect Democracy and the Yale Law School Media Freedom of Information and Access Clinic are representing PEN America, a leading organization of writers and literary professionals, in a lawsuit against President Trump for violating the First Amendment rights of journalists through his threats to use – and use of – government powers to punish the speech of his media critics.

Christopher M. Finan, NCAC’s Executive Director, says, “We share PEN America’s grave concern about the President’s use of the levers of government power to retaliate against media companies for the content of their coverage. Our democracy depends on an independent press to offer critical coverage of issues of public interest, including the workings of government. While the president is free to criticize the press and disagree with reporters, a dangerous line is crossed when financial regulation and other levers of power are mobilized to turn such criticism into retaliatory action designed to intimidate and silence.”

PEN’s complaint argues that President Trump has used, or threatened to use, the regulatory and enforcement powers of government to punish the speech of journalists in at least four ways: initiating a government review to raise postal rates; directing DOJ enforcement actions; interfering with White House press access; and threatening to revoke broadcast licenses. For at least three of these, the federal government has appeared to carry out the President’s threats.

Through these acts, the President has created a credible risk of retaliation to all journalists who might write accurately, but critically, about him or his Administration, endangering the free exchange of ideas and information. While journalists have courageously continued to cover the President in spite of the risk of harm to themselves, their careers, or the general profession of journalism, the First Amendment prohibits government action to suppress speech, even if it the attempted suppression is unsuccessful. And while major media companies have resources at their disposal to defend themselves from the President’s retaliatory act, independent and minority community journalists, who are no less courageous, may be more vulnerable to self-censorship.”

Details can be read at the Project Democracy overview of the case.