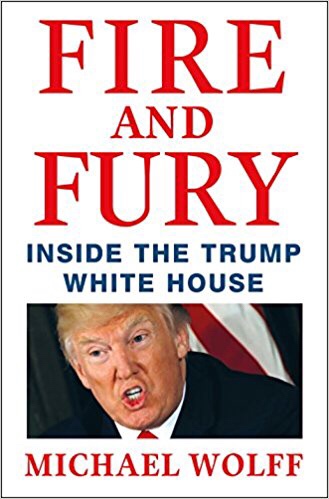 The National Coalition Against Censorship (NCAC), an alliance of 56 national non-profits, today condemned an effort by President Donald Trump to intimidate the author and publisher of a forthcoming book. Fire and Fury: Inside the Trump White House, a book by Michael Wolff, contains statements by former White House adviser Steve Bannon and others administration officials that are harshly critical of the president. A lawyer for the president has sent a letter to Wolff and his publisher, Henry Holt, demanding that they cease and desist efforts to publish the book next week because it contains false statements that are punishable under New York libel law.

“The American people have a First Amendment right to read Fire and Fury and other works that contribute to an important public debate, even when they contain statements critical of the president. It is up to the courts to determine if the statements are libelous after they are published,” NCAC Executive Director Christopher Finan said. “The letter is clearly intended to intimidate Wolff and Henry Holt into withholding information that is embarrassing to the president and his family.”

Libel laws punish false statements that damage a person’s reputation. However, the U.S. Supreme Court has established a stringent test for proving that a statement about a public figure is libelous. The statement must be false and published with actual malice or with reckless disregard of the facts.

Trump has filed several unsuccessful libel cases over the years. In one case, he boasted that he didn’t mind losing because he had forced the publisher to spend a lot of money to defend himself.

Trump’s effort to suppress Fire and Fury is the latest example of a deep hostility to the media, which he accuses of disseminating “fake” news. In March, NCAC and the American Society of News Editors issued a statement that detailed the president’s numerous attacks on the press. It was joined by 80 press and free expression groups.