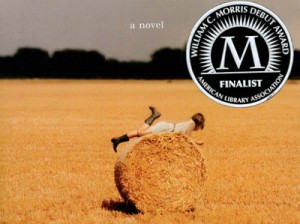 Two weeks ago, NCAC's Kids' Right to Read Project and other organizations sent a letter to the Cape Henlopen school district in Delaware expressing serious concerns over the removal of Emily M. Danforth's award-winning novel The Miseducation of Cameron Post, from a summer reading list for the high school's college prep and honors classes.

This week, we enlisted the aid of noted children's literature expert Pat Scales to refute the justification offered for the removal of an award-winning book from a summer reading list at Cape Henlopen High School in Delaware. Emily M. Danforth's The Miseducation of Cameron Post was listed among summer reading material for college prep and honors classes until the board voted 6-1 to remove it, in mid-June, ostensibly because it contains profanity.

Scale's statement to the district (below) uses quotes from renowned poets and authors illuminating how profanity can be a valid and even necessary tool for writers to truthfully convey experiences and depict characters.

But Scales also emphasizes that, from a practical perspective, "a great deal of literature contains profanity, including many books that are read by high school students around the country. A school board policy that restricts the use of books because of profanity will then exclude books commonly used in college preparatory English classes like: To Kill a Mockingbird by Harper Lee, Lord of the Flies by William Golding, The Great Gatsby by F. Scott Fitzgerald, and Native Son by Richard Wright."

Scales expresses serious concerns against evaluating a book's merit by simply counting "four letter words," countering that "a book is more than the sum of its parts. Texts must be considered in their entirety, not by isolating 'objectionable' content out of context and ignoring the most important reason for using these texts —literary and educational value."

Regarding the supposed risks of teaching works that include controversial content, Scales explains that "it would be wrong to assume that sexual references, profane language, negative events, etc., portrayed in a work are being endorsed by the author, the teacher, or the school," and "I have never met a student who used profanity because they read it in a book. I have known hundreds of students who have learned to analyze characters in novels because of what the characters said, or did."

Scales holds a Masters of Library Science from Vanderbilt University and has decades of experience serving as a school librarian. Since 1975 she has been a Lecturer on children’s and young adult literature at Furman University, and a guest lecturer at over a dozen universities across the country. She has chaired numerous committees for the American Library Association and served as President of the American Association of Library Services to Children.

Scales is also the author of several books on intellectual freedom for young readers and a bi-monthly column for School Library Journal.

"We requested Pat's expertise to address the question of whether the presence of profanity is a legitimate reason to exclude a book from the curriculum or reading list, and to discuss the educational consequences of adopting a policy that did so," said NCAC Executive Director Joan Bertin.

NCAC's Kids' Right to Read Project has called on the district to immediately restore The Miseducation of Cameron Post to the Cape Henlopen High School reading list.