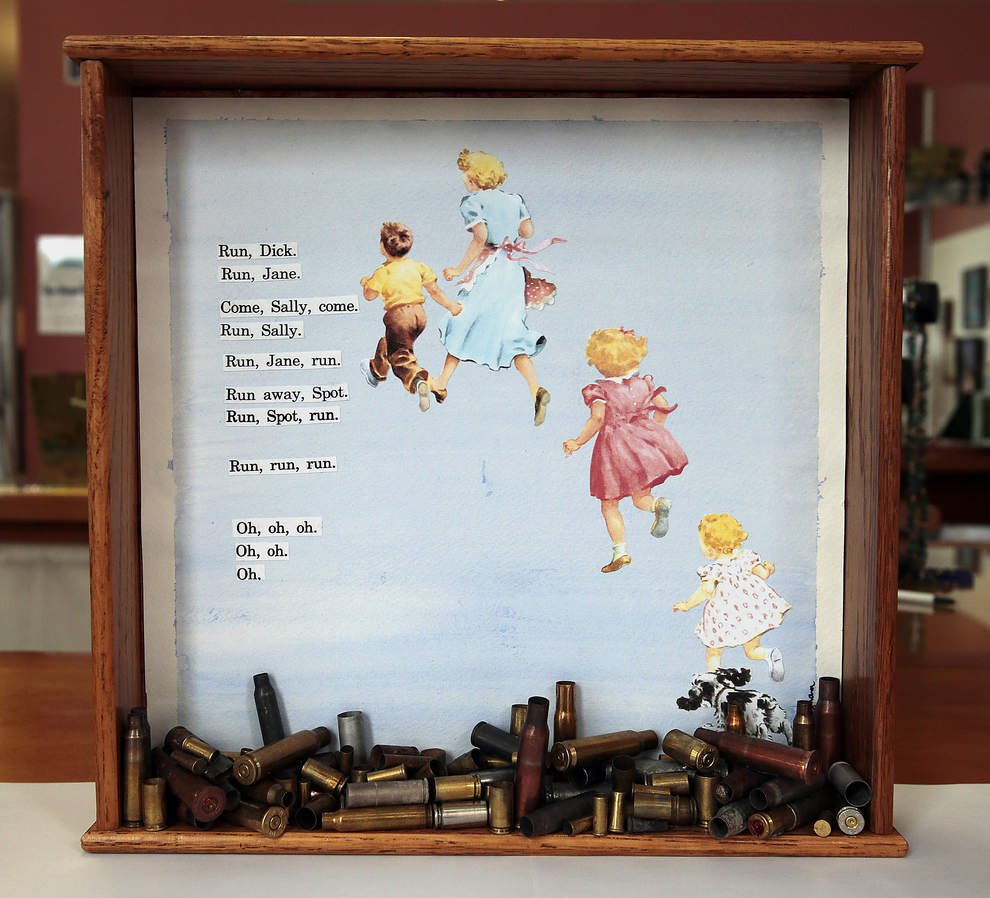 NCAC suggested the Center review its exhibition policies to assure that the Emerald Art Center does not become a repressive censor, trampling the artistic freedom of its own members. The letter was co-signed by a dozen local artists in solidarity with artistic freedom.

“School Days” brings awareness to the continuing threat of gun violence in schools, a message that the Center’s coordinator agreed was “important” and that most people considered “powerful.” According to press reports, however, the Board found the piece  “too controversial” and “inappropriate” for the members’ show.  The Center reportedly defines “inappropriate” content as “denigration or hate of religion, race, creed, national origin, sex or sexual orientation; graphic or offensive nudity; explicit sex; promotion of terrorism or violence; and offensive bodily function related art.”

The application of such a broadly defined and vague policy may well exclude the widest range of art. NCAC urged the Center to reconsider the exclusion of Linda Cunningham’s timely and powerful piece, and adopt exhibition policies that demonstrate a respect for the creative freedom of their members.