The Jewish Community Center of San Francisco (JCCSF) removed two works from its current exhibition, La Frontera: Artists Respond to the U.S.-Mexico Border Crisis. While administrators assert that these works depict violence against children and dead children, and are not appropriate for display in the center’s common areas, other works in the show display similar dark content in keeping with the exhibition’s theme of immigration, detainment and asylum. JCCSF reportedly rejected another work initially chosen to be in the show because it references the Gaza Strip, hence the removal of these works suggests the center excluded these works because they reference conflicts in the Middle East.

NCAC strongly urges the JCCSF, an institution that prides itself on providing a platform for the discussion of complex issues, to restore these works to the exhibition. 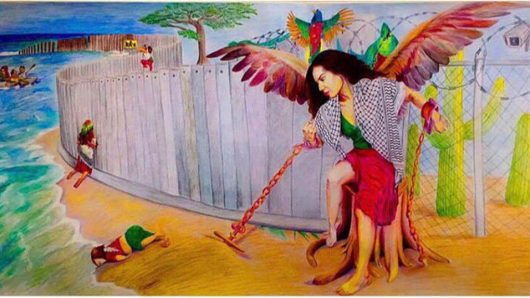 Read the full letter to the JCCSF below.