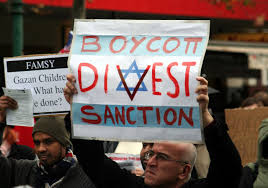 This week, the ACLU secured a significant first victory in its legal effort to halt a surge of state anti-BDS laws that restrict constitutionally protected rights of freedom of expression and association. The federal district court in Kansas preliminarily blocked enforcement of House Bill 2409 that requires state contractors, like ACLU’s plaintiff Esther Koontz, to certify that they are not engaged in boycotts of Israel.

The court stated that: “Ms. Koontz, other members of the Mennonite Church, and others have “banded together” to express, collectively, their dissatisfaction with Israel and to influence governmental action … The conduct prohibited by the Kansas Law is protected for the same reason as the boycotters’ conduct in [NAACP v. Claiborne Hardware Co.] was protected.”  (See court’s decision here.)

Indeed, since 1982, the U.S. Supreme Court has made clear that the First Amendment protects the right to engage in political boycotts and related advocacy. See NAACP v. Claiborne Hardware Co., 458 U.S. 886 (1982). “[N]onviolent elements of [the boycotters’] activities” along with the associated “elements of speech, assembly, association and petition” fall within the protection of the First Amendment. Claiborne Hardware, 458 U.S. at 911, 915.

While a preliminary injunction is ordinarily a limited legal remedy, this ruling represents a momentous decision because the merits of a motion for a preliminary injunction and the underlying constitutional challenge in this litigation are virtually identical. NCAC supports the right to participate in political boycotts and has repeatedly denounced anti-BDS legislation. We are encouraged that the court’s preliminary ruling in Kansas recognized that anti-BDS laws restrict protected political speech and conflict with First Amendment protections of freedom of expression and association.

Following a widespread tide of denouncements of anti-BDS (Boycotts, Divestments and Sanctions) legislation, including from the National Coalition Against Censorship (NCAC), objections to the state laws have now moved into the purview of federal courts. The ACLU recently filed separate First Amendment challenges against bills in Kansas and Arizona, alleging that these laws prohibit political expression and association and engage in speaker-based discrimination.

BDS (Boycott Divestment Sanctions) campaigns against Israel, which seek to use non-violent means to force changes in that government’s policies towards Palestinians and Arab citizens of Israel, have grown more vocal in recent years. Anti-BDS laws aim to prohibit public sector employees and government contractors from engaging in BDS protests. Though invariably aimed at boycotts of Israel, some of the bills are more generally worded to penalize boycotts against “American allies” or countries with which the US does business. At least 17 states have passed such legislation; in 5 it has, so far, failed to pass, and in several others legislation is pending. NCAC strongly opposes these laws, which conflict with First Amendment protection for freedom of expression and association. Whether one agrees with the positions taken by the BDS movement or not, support for the boycotts are protected political speech.

The plaintiff in the suit that the ACLU filed in Kansas is Esther Koontz, a member of the Mennonite Church USA and a participant in her church’s boycott of consumer products made by Israeli companies and in Israeli-occupied Palestinian territories. Koontz v. Randall D. Watson, No. 17-cv-4099 (D. Kan. Oct. 11, 2017). Ms. Koontz works as a curriculum coach and math teacher at a public school in Wichita. After being selected to become a teacher trainer and completing a certification course, she received requests to conduct training around the state. In June 2017, however, Kansas enacted its anti-BDS law, House Bill 2409, which requires state contractors to certify that they are not engaged in boycotts of Israel. When Ms. Koontz declined to sign the certification in the teacher trainer agreement as a matter of conscience, the state refused to contract with her.

In Arizona, the ACLU is litigating on behalf of attorney Mikkel Jordahl and his law firm. Jordahl et al. v. Bernovich et al., No. CV17-08263-PCT-BSB (D. Ariz. Dec. 6, 2017). Mr. Jordahl provides legal assistance to inmates in Coconino County Jail under a renewable contract with the state. Based on political views, he is boycotting goods and services offered by companies supporting Israel’s occupation of Palestinian territories. He plans to include his firm in the boycott, as well as provide legal assistance to others engaged in boycotts and similar political expression. In March 2016, Arizona enacted HB 2617, its anti-BDS statute. The law prohibits a public entity from doing business and contracting with companies unless the agreement includes a written certification that the company is not boycotting Israel. HB 2617 forces Mr. Jordahl to either sign the certification and suspend his firm’s activities or refuse to certify and risk his contract with Coconino County Jail.

Defenders and sponsors of anti-BDS statutes maintain that the laws simply take a stand against discrimination and promote states’ fair business practices. The ACLU argues that the bills in Kansas and Arizona infringe on First Amendment right to participation in political boycotts. Both statutes are unconstitutional, the ACLU argues, on several grounds: discriminating against protected expression based on content and viewpoint; dictating an ideological litmus test and compelling speech regarding protected political beliefs and associations; and restricting political expression and association.

Indeed, since 1982, the U.S. Supreme Court has made clear that the First Amendment protects the right to engage in political boycotts and related advocacy. See NAACP v. Claiborne Hardware Co., 458 U.S. 886 (1982). The court held that the “nonviolent elements of [the boycotters’] activities” along with the associated “elements of speech, assembly, association and petition” fall within the protection of the First Amendment. Claiborne Hardware, 458 U.S. at 911, 915. This principle has been reaffirmed in a number of the Court’s subsequent holdings.  For example, in 1988, the Court stated that the First Amendment protects economic boycotts designed to compel the government to comply with a list of demands for justice and equality. Allied Tube & Conduit Corp. v. Indian Head, Inc., 486 U.S. 492 (1988). Ten years later, the Court endorsed the principle once again and held that when boycotters are not motivated by desire to derive economic benefits, their “efforts to publicize the boycott, to explain the merits of its cause, and to lobby [government] officials to enact favorable legislation” are fully protected by the First Amendment. FTC v. Superior Court Trial Lawyers Ass’n, 493 U.S. 411, 426 (1998)

NCAC expects that it will be impossible to distinguish and defend the Kansas and Arizona anti-BDS statutes under well-established Supreme Court precedent. The lawsuits are currently ongoing and defendants have not yet addressed the First Amendment issues on the merits.

In a related development, a city in Texas recently removed an anti-boycott provision from their Hurricane Harvey relief fund application. Dickinson, a Houston suburb, was greatly affected by Harvey, but purportedly in keeping with the new Texas anti-BDS law, House Bill 89, its residents were required to sign a pledge in order to receive a relief grant from donated funds: “By executing this Agreement below, the Applicant verifies that the Applicant: (1) does not boycott Israel; and (2) will not boycott Israel during the term of this Agreement.” Following extensive adverse media coverage and criticism of the requirement as a violation of First Amendment protections of free speech, Dickinson City Council voted on October 24, 2017 to exempt individuals from the anti-boycott requirement.