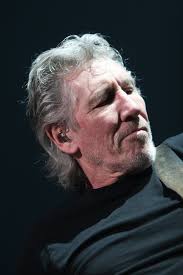 UPDATE 7/21/2017: The Nassau Coliseum has said it will stand by the two Roger Waters concerts, in spite of calls to cancel the shows over Waters’ support for the BDS movement. Jeffrey Gewirtz, chief legal and administrative officer at Nassau Events Center has said:

“NEC respects the constitutionally guaranteed rights of all people and therefore intends the Coliseum — under its stewardship — to be a venue that respects the expression and exchange of a wide variety of ideas and viewpoints,” according to Newsday.

Kopel, the lawmaker who launched the campaign to cancel the shows, has said  the NEC was “showing contempt” for residents by hosting the concerts.

We applaud the NEC’s decision.

Nassau County’s Howard J. Kopel has launched an ill-informed and dangerous effort to bar Pink Floyd former frontman Roger Waters from performing at the Nassau Coliseum because of the musician’s support of the BDS (Boycott, Divestment and Sanctions) movement. Kopel is basing his demand on a bill that prohibits the county from doing business with companies that advocate for a boycott of Israel. His assumption is that the Nassau Coliseum, as a county-sponsored venue, should not host a performer who supports BDS.  This is essentially an effort to blacklist artists for their political opinions.

Nassau County’s law is one of several recently introduced in states across the country that target politically motivated boycotts of Israel. At least 17 states have passed such legislation; in five it has, so far, failed to pass, and in several others legislation is pending. In New York, one such ‘anti-BDS’ bill failed in the legislature, only to be signed into law as an executive order by Governor Cuomo last June. At the time, NCAC wrote in opposition to the bill, arguing that it is “beyond dispute that boycotts are a form of expression protected by the First Amendment” and, therefore legislative attempts to punish companies and citizens for engaging in such activities would be plainly unconstitutional. We also addressed the proliferation of these types of bills in a statement last month, expressing concern that the bills will create blacklists of important organizations that, for example, provide essential social services under state contracts.

An anti-BDS bill was also recently introduced in Congress. The bill, an amendment to the Export Administration Act of 1979,  would make it a felony for Americans to support boycotts against Israel conducted by international governmental organizations, such as the United Nations and the European Union.

Kopel’s statements confirm our concerns about this legislation, as his interpretation of the Nassau anti-BDS legislation seeks to punish an individual purely for expressing First Amendment-protected views. More concerning still, Kopel appears to have the support of the Nassau County attorney, Carnell Foskey, who has said he is prepared to take “appropriate legal action” against the Nassau Events Center, the operator of the Nassau Coliseum, should they not cancel Waters’ scheduled shows. “By enabling Mr. Waters to perform, NEC has given Mr. Waters a forum or platform to express his BDS ideology,” Foskey wrote in a Tuesday letter to the Nassau Events Center, according to Newsday.

Foskey’s statement relies on a dangerously overbroad interpretation of this legislation, according to which Waters should be denied a platform to perform his music because of his political views. If successful, Kopel and Foskey will set a precedent of using anti-BDS legislation to penalize performers or artists critical of Israel by denying them the possibility of showing their work in a government supported venue.