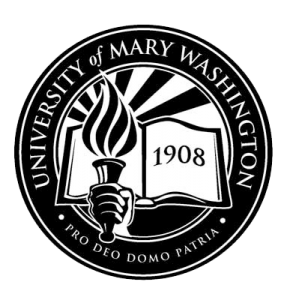 New York, NY 1/25/2018—The National Coalition Against Censorship (NCAC) has joined a group of free speech advocates lead by the Foundation for Individual Rights in Education (FIRE) in submitting an amicus brief in support of the University of Mary Washington (UMW). The Virginia university was sued by a group of students who contend that UMW failed to protect them from peer-on-peer harassment by not banning now-defunct social media app Yik Yak from campus following a rash of offensive anonymous messages. While this group of students was subjected to insulting and demeaning messages, that issue is separate from the free speech implications of this case. Institutions of higher education have no control over what anonymous individuals say on non-university social media and cannot be held legally responsible for their private speech.

In late 2014, a group of female students at UMW was targeted with insulting messages on the anonymous Yik Yak app following their feminist activism on campus. The university maintained that, while it took the students’ complaints seriously and instituted a number of remedial measures, disabling the non-university app was not an option because the First Amendment protects students’ right to speak freely– even when that speech might be considered offensive or cruel. The students filed a Title XI complaint with the US Department of Education Office for Civil Rights (OCR), followed by a federal lawsuit alleging that UMW’s handling of their complaints was inadequate, including allowing Yik Yak to continue to operate on campus. NCAC and our fellow signatories to this recent amicus brief support UMW’s decision not to ban Yik Yak from use on campus.

Speech on social media enjoys the same level of constitutional protection as all other speech. In fact, the vast majority of speech on such platforms is not discriminatory or harassing, so restrictions to social media access would affect vast amounts of protected speech. Public institutions may not bar access to social media for an entire community simply because some users post unacceptable, or even illegal, messages, just as the government cannot restrict use of the postal service or the telephone because some people use them illegally. Banning a social media platform would not target or penalize the actual harassers and would, in its overly broad application, curtail the speech of all students.

We strongly support OCR’s efforts to protect students from sexual harassment. Free speech is, in fact, crucial in the fight for equality. The right to free speech protects students’ ability to advocate for a more open, inclusive and equitable campus culture, including protecting the right to protest behavior that may be offensive, but not illegal. Students can—and should—take action to change the culture on campus. Condemning offensive speech on social media allows students to support their peers who are targeted by abusive speech without chilling the speech of the entire community.

Intellectual freedom and free expression are crucial to the mission of higher education, where the ability to discuss, debate and disagree is paramount. Unless speech constitutes a true threat or intimidation, even offensive speech is protected by the First Amendment.

The full amicus brief submitted to the United States Court of Appeals for the Fourth Circuit is available below.
Click here for a full screen view: