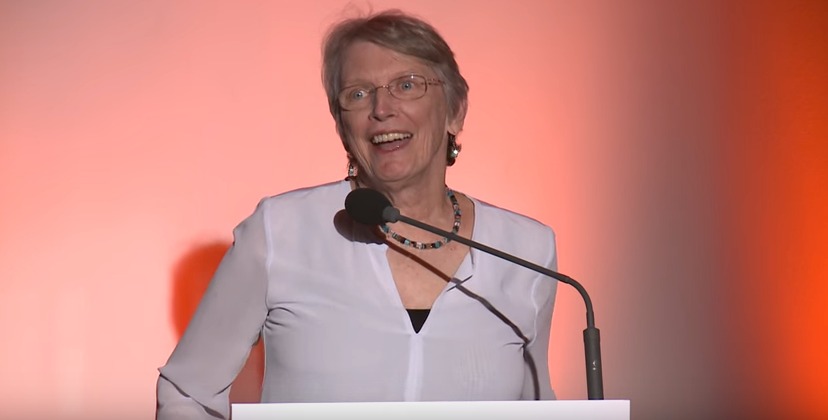 When author Lois Lowry was honored at NCAC's annual gala this year, she described herself as a rather unlikely target for censorship: "A gray-haired, almost 80-year-old widow who lives alone with a cat named Lulu in an old farmhouse in Maine…. I could be a Norman Rockwell cover."

But Lowry's books are indeed targeted for book banning. She spent most of her speech reading an email exchange between herself and a young girl named Megan, who was complaining about offensive material—the "bad things"—in her book Anastasia Has the Answers.

Lowry disagrees with her young critic, and she pointed out that it's certainly likely that someone pushed her to write her complaint. But to Lowry, in the end that didn't matter to her: