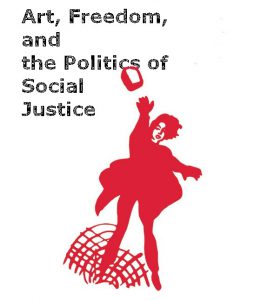 In recent years, the most heated art controversies have arisen over works that invoke painful histories. The National Coalition Against Censorship (NCAC) and ArtsEverywhere have launched an online roundtable to investigate the intersections of art, freedom and the politics of social justice. Launching one year after the removal and destruction of Sam Durant’s “Scaffold” at the Walker Art Center, a panel of artists, curators and writers was asked to weigh in on the current debate over cultural appropriation.

While the artists behind these types of controversial works have sought to tackle the political issues plaguing our present, the works themselves have elicited charges of insensitivity, cultural appropriation, and racism. Many discussions surrounding these works have questioned whether an artist from a dominant racial group has the right to make artworks about a story of core importance to a racial or ethnic group to which they do not belong, or to make use of images, ideas, or characters belonging to the traditions of culturally marginalized groups.

The roundtable, hosted by ArtsEverywhere and Musagetes, is curated by NCAC’s Arts Advocacy Program. Respondents were asked to be as direct and un-self-censored as possible.

NCAC’s Director of Programs, Svetlana Mintcheva said: “Rather than the hasty emotional reactions to difficult work that so often lead to social media outrage and declarative soundbites, we asked participants to reflect deeply on their ideas about depictions and ownership of painful histories. These are perhaps the most divisive issues in the art world right now and they deserve the sort of nuanced consideration that can be lost in the heat of a controversial moment. We look forward to building a robust conversation.”

The roundtable is intended as an ongoing conversation. The first round of participants will be joined by other voices as the project continues.

The roundtable can be accessed here: http://artseverywhere.ca/roundtables/politics-of-social-justice/