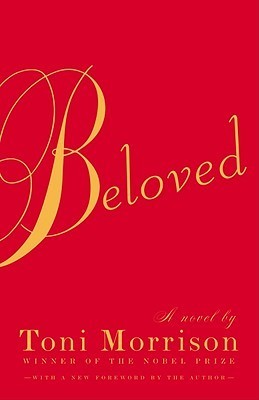 UPDATE 3/27/2017: Virginia Governor Terry McAuliffe has vetoed the proposed legislation requiring teachers to notify parents of the teaching of "sexually explicit" materials. The decision comes after NCAC and partners sent a series of letters criticizing the overbroad legislation that would potentially stigmatize the teaching of valuable literature. This time last year, Governor McAuliffe also vetoed a previous incarnation of the bill, arguing it "would require the label of 'sexually explicit' to apply to an artistic work based on a single scene, without further context."

In Governor McAuliffe's veto statement for this version of the bill he noted the decision of the Virginia Board of Education, who had previously passed on it, arguing the existing education policies suffice.

UPDATE 3/2/2017: The Virginia bill that would require parents to be notified whenever "sexually explicit" materials are to be taught in classrooms has been passed through the state Senate. Its future will now be decided by Governor Terry McAuliffe. NCAC has written to Governor McAuliffe urging him to veto the bill, as he did with a similar proposed piece of legislation last April.

UPDATE 2/10/2017: Although the regulation was rejected by the Virginia Board of Education, like a Phoenix, the bill has risen from the ashes and is was approved by the Virginia House of Delegates. The Virginia Senate committee on Education and Health will now decide on the future of the legislation.

NCAC has released a new letter addressed to state legislators urging a rejection of the bill. The letter reiterates NCAC's previous arguments in opposition to the bill including the right of parents for their children to read pedagogically valuable literature, the meritless argument that books deemed "inappropriate" are harmful and the constitutional issues arising from passing the bill, potentially circumventing the mandate of local school boards to manage the day-to-day operations of their schools.

The groups object that the regulation will stigmatize and deter the teaching of valuable literature. They highlight the erroneous assumption behind proponents of the bill’s argument that the measure is necessary to protect parent’s rights. Many parents support the teaching of books like Beloved, but the bill would institutionalize the views of objecting parents.  Singling out sexual content amounts to a constitutionally impermissible form of content and viewpoint discrimination.

UPDATE 1/30/2017: The Virginia Board of Education has rejected the proposed bil that would have required teachers notify parents whenever materials containing "sexually explicit" are to be taught. As NCAC noted in two letters written in opposition to the proposed bill, the second letter written to address arguments of supporters of the regulation, the proposal “would effectively create a parental consent requirement for all students, including some who are not minors, to read educationally valuable materials that contain some sexual references.”

NCAC applauds the decision to reject the proposal, which is the most recent example of several rejected attempts to implement the regulation in Virginia.

Prior to a January 26. Virginia Board of Education meeting to discuss a regulation requiring schools to warn parents about educational materials containing “sexually explicit” content and to provide an alternative assignment on request, NCAC and eight other organizations committed to defending the freedom to read have written the Virginia Board of Education to again oppose the regulation and counter the arguments of supporters of the proposal.

The current proposal is the latest effort in a 3-year-campaign spearheaded by the parent of a student who was assigned Toni Morrison’s iconic novel Beloved in a 12th grade Advanced Placement English class. Last year, the campaign culminated in the so-called Beloved Bill, which was similar to the regulation now under consideration.  NCAC and many others opposed the bill on educational and constitutional grounds. Governor Terry McAuliffe vetoed the bill, noting these concerns and the fact that the Board of Education was already examining the issue.  Proponents of the bill now urge the Board to adopt a regulation to accomplish the same thing.

Essentially, the proposal would require parental consent for all students, including those over 18, to read many valuable works of literature.

In November, NCAC wrote a letter to the Virginia Department of Education opposing the regulation, arguing that the term "sexually explicit" is over inclusive, potentially excluding many valuable works of literature. It will also add negative stigma to books that will invite parental challenges.

The groups object that the regulation will undermine education by stigmatizing and deterring the teaching of valuable literature.   They also oppose it on constitutional grounds, pointing to a 2011 Supreme Court decision rejecting a parental consent requirement for minors to buy violent video games.   The Court found that the video game restriction violated the First Amendment and was unnecessary because parents had other ways to supervise their children’s video game purchases, just as Virginia parents already have the right to review the curriculum and request an alternative assignment.  In language that applies directly to the Virginia situation, the Supreme Court observed that the parental consent requirement for video games “may indeed be in support of what some parents” want, but that the requirement was really about “what the State thinks parents ought to want.”