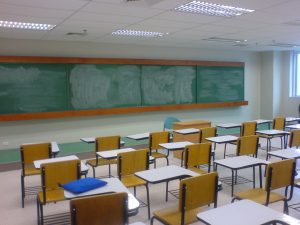 NCAC has written to the Florida House Education Committee to express concern about a proposed bill that threatens to undermine the quality of education in Florida, placing students at a disadvantage to progress academically and hindering their ability to function as informed citizens.

H.B 989 allows any resident of a Florida county to issue a challenge to curricular and media materials used in public schools. The bill provides a guideline for school officials to use “non-inflammatory, objective, and balanced” materials. It also dictates that schools are allowed to adopt instructional materials that are consistent with “standards that are equivalent to or better than the applicable state standards.”

NCAC's letter argues that the bill will invite challenges to curricular materials by enabling agenda driven individuals and groups to officially object to books and other media they subjectively deem to be unbalanced. NCAC's years of experience protesting book challenges attest to the number of censorship incidents involving parents charging that curricular materials are non-objective and promote, for example, a "anti-Christian", "pro-Islam" or "anti-American" message. The letter underlines that these kinds of challenges run the risk of depriving students of educationally valuable materials and wreaking havoc on an entire curriculum as teachers "remove educationally valuable materials in order to avoid the burden of responding to challenges."

The letter also notes the bill provides no metric in assessing whether a local educational standard is "equivalent to or better" to a state standard. The vague wording threatens to take authority over curricular selections away from educational experts instructed to select course materials that reflect the expert consensus on a given topic and allow a curriculum to be molded by individual or ideological preferences.

H.B 989 in Florida follows a string of other "anti-science" legislation introduced in states around the country. These bills threaten to remove accountability in science education, particularly in the areas of climate change and evolution, under the spurious argument of protecting teacher's First Amendment rights. Teachers have the right to believe what they want, but not to teach anything the please in the classrooms.

In South Dakota one such bill threatening to remove accountability in science education was defeated by the House Education Committee and in Oklahoma a similar bill was recently passed by the senate.

The letter is co-signed by the Comic Book Legal Defense Fund, Florida Citizens for Science, National Council of Teachers of English and PEN America.