School Librarians And Their Constitutional Responsibilities

Previous Next
School Librarians And Their Constitutional Responsibilities 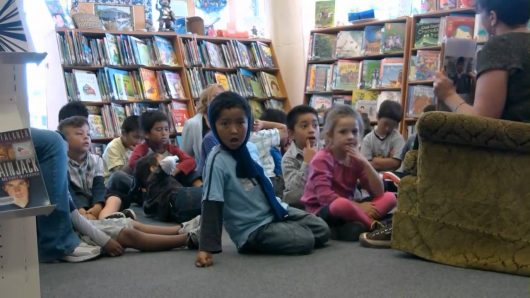 Last week, a Vermont elementary school was accussed of censorship after the school's librarian and principal jointly decided to cancel a visit from children's author Kate Messner, who was booked to speak to pupils about her new book, The Seventh Wish. On discovery that the book was about heroin addiction, South Burlington's Chamberlin Elementary School rescinded their invitation to Messner and returned the copies they had ordered for the library. According to the school's principal Holly Rouelle, the school had not properly prepared its students for Ms Messner's visit, which would have provoked difficult conversations with their parents about the book's subject matter.

Since the news of Ms. Messner's cancellation broke, Chamberlin Elementary School have reversed their decision to return the books they had ordered for the library. And on her personal blog, Ms. Messner published conversations she has had with school librarians about the content of her book as well as the fears the librarians have had with carrying it. In light of these developments, NCAC wants to highlight cases that share similarities with Ms. Messner's and, in doing so, reflect on the function and responsibilities school librarians and officials have when stocking their library book shelves.

Back in 2014, NCAC drafted a letter after Fauquier High School was challenged over its carrying of David Leviathan's Two Boys Kissing, a book that explores same-sex relationships, in its library. The letter emphasized the pedagogical function of the book in its depiction of the lives and experiences of gay and transgender teens, while stressing the constitutional principle that public officials are precluded from "suppressing ideas simply because some people find them offensive or controversial." After a committee review of the challenge, it was decided the library would keep the book.

The need for established procedure when dealing with challenges and complaints is both an educational and legal necessity.

In this incident, NCAC's concern was that a subjective or ideologically driven viewpoint was being used to challenge the validity of a work with objective pedagogical value. Similarly, in the Messner case, the school's confused decision-making process appeared not to follow any pedagogic principle or library policy, rather it was a judgement call made by two of the school's officials. The need for established procedure when dealing with challenges and complaints is both an educational and legal necessity.

Indeed, in May this year, a graphic novel titled This One Summer was removed from a school library in Minnesota after a parent complained about the "vulgarity" of its content. School officials– the principal, librarian and district superintendent– agreed. NCAC's response letter noted with concern how this decision was made informally and did not follow any established procedure for a complaint made by a citizen. When it comes to challenges and complaints made to offficial bodies, if established policy is not followed in response, questions are rightly raised about the risk of arbitrary and unjust government interference. This is particularly the case when First Amendment rights are involved and personal freedoms are infringed.

Thus, last week's incident in Vermont touches on a number of issues that have wide ranging implications. By avoiding materials Chamberlin Elementary School's library considers itself to be "unprepared" for, a precedent is set for the future assessment of books on topics considered difficult or too controversial for its students. Not only do these decisions run the risk of being unconstitutional, without established procedure in the decision-making, they also fail a librarian's pedagogical duty to the children he or she serves by prioritizing their subjective concerns over the educational value of a particular work. As Lester Asheim writes in the Wilson Library Bulletin of 1953, a librarian selection of the books he or she carries must "begin with a presumption in favor of liberty of thought." Conversely, a librarian with a mind to censor begins "with a presumption in favor of thought control."

In response to the school's cancellation, Ms. Messner has rescheduled her speaking event in the South Burlington Community Library. You can register to attend the event here.