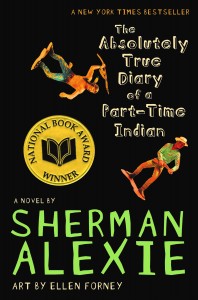 NCAC has successfully defended Sherman Alexie’s award-winning novel, The Absolutely True Diary of a Part-Time Indian, in Annandale, Minnesota. In a letter sent last week to the Annandale Board of Education, NCAC affirmed that the right of students to read pedagogically valuable literature must be prioritized over the subjective concerns of select parents.

At the Annandale Senior High school, Part-Time Indian is required reading for students in the 9th grade. This year, however, a handful of parents demanded the book be removed from the curriculum entirely because of concerns about “explicit” language in the novel. The Board of Education then met to decide the book’s fate in the curriculum, and after NCAC action, decided to keep the book.

Part-Time Indian is a National Book Award Winner that is praised for its deft exploration of themes such as race, bullying and coming of age. In our letter we underlined that the mere presence of explicit language provides no justification for removing a book from a curriculum. Otherwise, literary classics, such as Salinger’s Catcher in the Rye or works of Shakespeare, could also not be taught. On this basis, NCAC warned the Board of the harmful precedent removing the book would have on future challenges.