Does a College Literature Course Need a ‘Disclaimer’?

Previous Next
Does a College Literature Course Need a ‘Disclaimer’?

(UPDATE: Good news: The school announced that it would not be adding a 'disclaimer' for this course.) 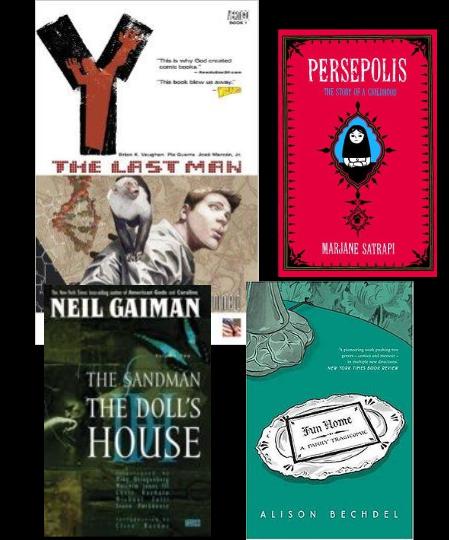 When a college student went public with her demand to remove "garbage" novels from a literature course, it made national headlines. But Crafton Hills Community College stood its ground, issuing a statement rejecting the student's request and stressing the importance of academic freedom.

But is this story really over? A June 29 letter from the National Coalition Against Censorship (NCAC) signed by prominent academic and free speech organizations expresses concerns about one aspect of the college's response: The decision to issue a warning or disclaimer about the course in question.

Last month, student Tara Shultz complained that 4 of the 10 books in an English 250 course on graphic novels were objectionable. Shultz called the highly acclaimed books– Persepolis, Fun Home, Y: The Last Man Vol. 1, and The Sandman Vol. 2: The Doll’s House — "pornography" and "garbage," and said that ideally she would like to see them "eradicated from the system. I don’t want them taught anymore."

When the school announced in mid-June that it would not be removing the course materials, it also signaled some agreement with Shultz on the need to warn students that a course in graphic novels would tackle some difficult subject matter. The school is considering adding a "disclaimer" of some sort to the course description.

The letter from NCAC executive director Joan Bertin — signed by the American Booksellers for Free Expression, Comic Book Legal Defense Fund, Association of American Publishers, American Association of University Professors, National Council of Teachers of English and PEN American Center —  argues that such warnings "pose a significant threat to the methods and goals of higher education," and links the college's pending decision to the broader debate inside higher education over so-called "trigger warnings."

The letter cites the criticisms of trigger warnings from the American Association of University Professors (AAUP), and argues that even a voluntary policy "would be ill-advised" and likely to lead to additional complaints from other students over reading material and other course content.

We strongly urge the college not to set a dangerous precedent by adopting a general warning or disclaimer for this or any other course, but to leave the question of students’ sensitivities and preferences to be addressed on a case by case basis in discussions between individual students and faculty.

(Read the full NCAC letter below, or here in full-screen view)