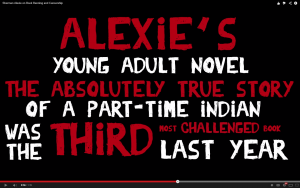 The West- Central Tribune reports that the books will be kept after a 3-2 vote in its favor. Several board members raised concerns about the book's use of profanity and sexual references. However, the decision was made on the basis of the precedent that removing the book would set.

UPDATE 5/24/2017: Following receipt of NCAC’s letter, the school Principal of Minnesota's New-London Spicer School, Dr. Trish M. Perry, responded to thank NCAC for the letter and to say she will recommend the book be kept in the curriculum, expressing that she “[values] the work that is in the book.”

Our letter emphasized that the mere presence of explicit language and violence in a book provides no justification for its removal. Otherwise, countless classic works of literature, from works of Shakespeare to The Catcher in the Rye, would also have no place in classroom and school libraries. The letter notes that a decision to remove the book would also prioritize the opinion of one community member over everyone else, ignoring the opinions of parents who want their children to have access to pedagogically valuable books.

Sherman Alexie’s award-winning 2007 novel The Absolutely True Diary of a Part-Time Indian, a frequent target for parent complaints, is under fire in Minnesota's New London-Spicer School District. The challenge follows NCAC's defense of the book in a Wisconsin school district.

The school district has responded to the challenges by beginning its formal review proceedings.

The existing policy for complaints about lesson plans is to allow the objecting students to leave the room and study elsewhere. However, parents in New London, who say the policy amounts to “punishment” for their kids, want the book removed from the curriculum entirely.

Alexie's book, published in 2007, has won numerous accolades including the National Book Award for Young People’s Children Literature, and has been praised for its deft exploration of themes including race, poverty, bullying, and identity.  It has repeatedly been featured on the American Library Association's yearly list of the ten most challenged books. Offensive language, sexually explicit material and "cultural insensitivity" are common justifications for censorship.

The objecting New London parents say that it features “gratuitous and unnecessary” profanity and sexual references. One parent, Jessica Conlin, argued that parents “have the right to teach their own values to their children regarding these topics and have assurance that a classroom teacher would teach those same values.”

NCAC is currently preparing a letter defending the book's place in Minnesota classrooms. As we argued in Wisconsin, the  decision to remove the book would prioritize the opinion of one parent over everyone else, ignoring the opinions of parents who want their children to have access to pedagogically valuable books.

As of now the fate of the book is up in the air. A district spokesperson, however, commented that banning a book in the school is “separate from a parent making a decision for their own household” and invited the parents to fill out a form to begin a formal review process. The decision to invite further challenges is deeply concerning, because a result could potentially leave an entire curriculum in tatters.