Previous Next
NCAC Defends Textbook Against Accusations of ‘Islamic Indoctrination’ 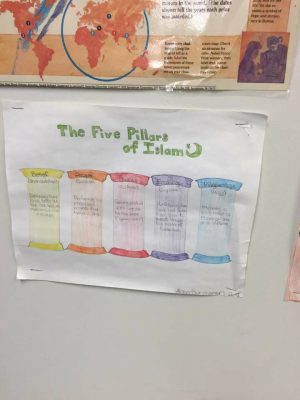 NCAC has written to a school district in Tennessee in defense of a textbook that some parents believe is indoctrinating their children in Islam.

Michelle Edmisten, a local parent and leader of the group Sullivan County Parents Against Islamic Indoctrination, has demanded the removal of Pearson’s My World History textbook from the seventh-grade curriculum. She believes the book is biased because it fails to “teach the history of Islam in truth or entirety.”

NCAC’s letter to the school board argues that it is impossible for a 7th grade textbook, intended to introduce students to world religions, to convey Islamic history in its entirety. The letter notes the distinction between religious education and indoctrination, underlining the need for basic religious literacy in our increasingly diverse and multicultural societies.

The school’s decision to remove the textbook would also raise serious First Amendment concerns, the letter states, by ignoring the Supreme Court’s 1989 ruling in Texas vs Johnson that government may not discriminate against “the expression of an idea simply because society [or a parent] finds the idea offensive or disagreeable.”

In the past year NCAC has noticed an uptick in challenges to educational materials involving Islam. In response, NCAC compiled a timeline of these incidents and a resource that details the fundamental misconceptions in the conflation of teaching Islam and religious “indoctrination.”